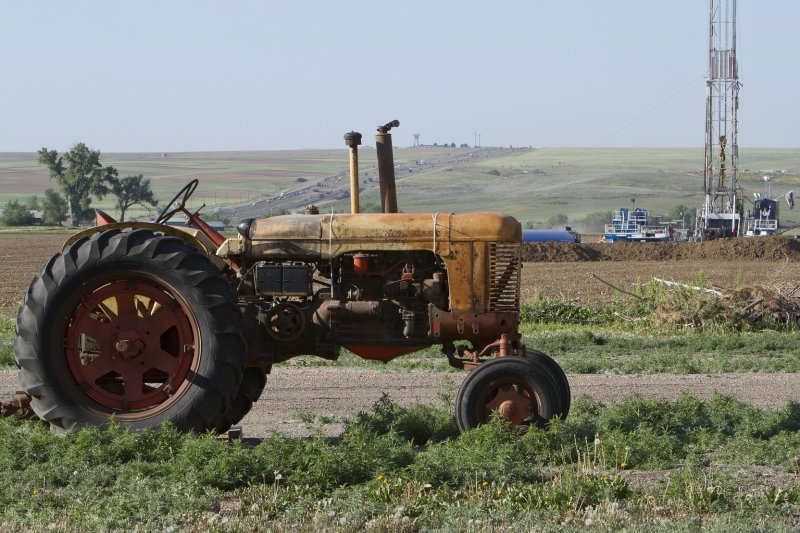 April 5 (UPI) -- Gains in exploration and production activity in shale-rich Oklahoma are pulling the economy out of a slump, though recovery is slow, the state treasury said.

Oklahoma is one of the top contributors to total U.S. oil production, accounting for about 5 percent of the nation's total output. Lower crude oil prices curbed exploration and production activity last year and the state's economy faltered as a result.

State Treasurer Ken Miller said that, as exploration and production activity gains traction, the economy as a whole is showing signs of life. Data for March show tax collections from oil and natural gas production more than doubled year-on-year to $47.9 million. For the economy as a whole, however, total collections of $915 million were down 2.7 percent from March 2016.

"March gross receipts notwithstanding, leading indicators continue to show Oklahoma's economy is slowly on the mend," he told reporters. "The average decline in gross receipts has slowed and the unemployment rate is shrinking as rig counts rise along with business conditions and consumer confidence."

Rig counts provide an indication of exploration and production activity and offer loose gauge of confidence in a particular region. Oilfield services company Baker Hughes reported 118 rigs in service in Oklahoma for the last week in March, unchanged from the previous week, but up by 90 percent from the same time last year.

A metric used by the state government to measure business conditions show modest, but steady gains. For jobs, the state reported an unemployment rate of 4.6 percent, slightly lower than the national average.

Despite the recovery, state coffers are still under pressure. During the last 12 months, the state collected $391.5 million in oil and gas production taxes, down $11.8 million from the previous period.

With the state facing a budget crisis in 2017, the Oklahoma Oil & Gas Association called for an overhaul of state regulations that stand in the way of more oil and gas drilling. Trade group President Chad Warmington said drilling more would bring more money to the state, a solution he said was "a no brainer."