The agency reported in its short-term energy outlook that energy-related carbon dioxide emissions will rise this year, but are expected to drop in 2019 based on temperature forecasts. 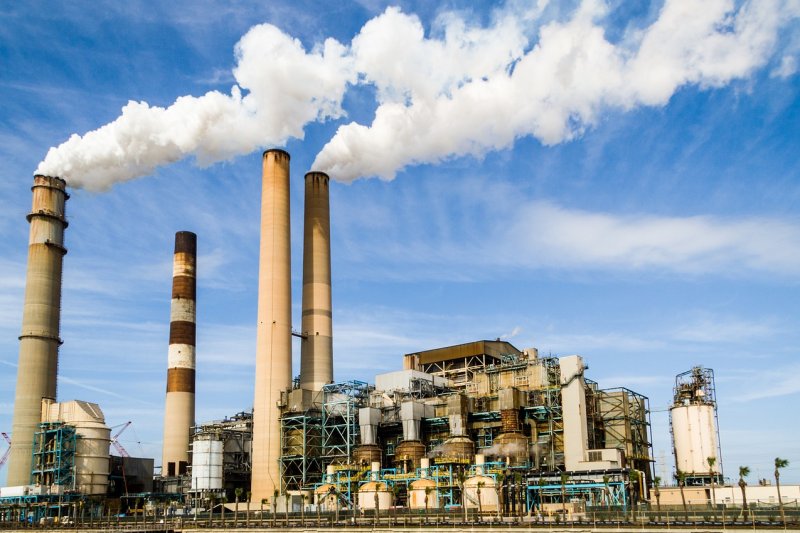 The EIA forecasts a significant increase in carbon dioxide emissions because of an erratic, irregular weather year, blaming the increase on fossil fuel burning for higher use of air conditioning and heaters. Photo by cwizner/Pixabay

Nov. 7 (UPI) -- U.S. energy-related carbon dioxide emissions will rise by 2.5 percent from 2017, in part as more intense weather this year increased the use of climatization equipment, the U.S. Energy Information Administration said.

"After declining by 0.8 percent in 2017, EIA forecasts that U.S. energy-related carbon dioxide (CO2) emissions will rise by 2.5 percent in 2018," the agency said in a report issued Tuesday.

"This increase largely reflects higher natural gas consumption in 2018 because of a colder winter and a warmer summer," it added.

In February, the EIA issued a forecast that carbon dioxide emissions would rise only 1.8 percent in 2018, compared with 5,143 metric tons in 2017.

"Both the level and growth of natural gas production in 2018 would establish new records," the EIA said.

While gas powered climatization alleviates the effects of intense weather, greater fossil fuel consumption is seen worldwide as contributing to it.

"We are already seeing the consequences of 1°C of global warming through more extreme weather and rising sea levels among other changes," said on October 10 in Hanoi, Panmao Zhai, co-chair of the United Nations' International Panel on Climate Change Working Group, said at a meeting in Hanoi on Oct. 10.

The IPCC, formed after governments across the world adopted the Paris Agreement in December 2015 to address changes related to global warming caused by greenhouse gases, is studying the impact of warmer temperatures for the next meeting, scheduled for Poland in December.

Greenhouse gases in the U.S. come primarily from burning fossil fuels -- coal, hydrocarbon gas liquids, natural gas and petroleum -- for energy use, according to a previous EIA report.

More than 190 countries adopted the Paris Agreement in December 2015. China and the United States, two of the biggest contributors to global fossil fuel emissions, joined the agreement in September 2016. The two countries, which are also the world's leading economies, also lead the emission of greenhouse gases.

China is working to replace its use of coal to produce energy. As for the United States, President Donald Trump later said in June 2017 that the U.S. would cease all participation in the Paris Agreement.

According to Timmons Roberts, non-resident senior fellow at the Brookings Institution, U.S. officials have continued to show up in Paris Agreement-related meetings but only because the process of withdrawing the U.S. cannot begin, according to the terms, until after 2020.

"Opinion polls show that concern about climate change is rising, as Americans are finally seeing that climate change is not an issue in the future, but is here now," Roberts wrote in June. "The issue, unfortunately for the development of effective policy, has become deeply partisan."

As for next year, the "EIA expects emissions to decline by 1.3 percent in 2019 because temperatures are forecast to return to normal."

It also projects that natural gas production will continue to rise in 2019 to an average of 89.6 billion cubic feet per day.