The rally might not last as Australian energy and mining company BHP Billiton sees signs of economic decline. 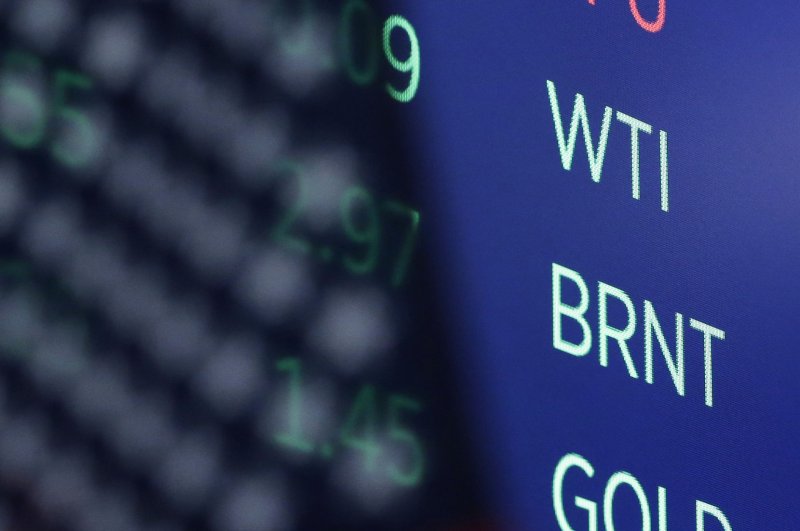 the price of oil turned higher in early Tuesday trading ahead of expectations of a drain on supplies in the United States, the world's largest economy. File Photo by John Angelillo/UPI | License Photo

Brent crude oil, the global benchmark for the price of oil, has moved into the October contract. West Texas Intermediate, the U.S. benchmark, is still trading in September. Phil Flynn, a market analyst at the PRICE Futures Group in Chicago, said in a daily emailed market report that was an influential factor in early trading.

"The run into today's contract expiration reflects the fact that U.S. refineries are running at a record pace and that last week's crude oil build was not enough to satisfy the ravenous crude eating refineries," he remarked.

The push higher follows several sessions of weaker performance in the price of oil, triggered in part on signs of slowing economic growth. Australian energy and mining company BHP Billiton in an annual commodity outlook reported global economic growth would likely be in the range of 3.5 percent and 4 percent for 2018, on par with last year and up from the 3.25 percent growth from 2016. Most of the industrialized economies should experience robust growth, though China, the world's second-largest economy, is slowing down.

Trade tensions, however, are expected to have a negative impact on the global economy. Growth in global gross domestic product is expected at between 3.25 percent and 3.75 percent through 2020.

The price of oil will be influenced at the close of U.S. trading when the American Petroleum Institute releases its data on U.S. crude oil, gasoline and distillate inventories. Those metrics serve as a barometer for demand, with drains indicating a strong appetite in the U.S. economy.

Commodity pricing group S&P Global Platts forecast a drain on crude oil of 3.37 million barrels, a 400,000 barrel draw on gasoline, but a 2 million barrel increase in distillates. Distillates account for about a third of total oil demand and a build would be indicative of a possible slowdown.

Meanwhile, Flynn notes the U.S. government plans to drain some of the oil from its strategic reserves. That would offset in the short-term some of the concerns about the lack of spare capacity on the market, but wouldn't be enough to address the loss of Iranian oil from the market in November.