The head of the Russian oil company said the budget is pegged to $63 per barrel, about $10 less per barrel than current trading levels. 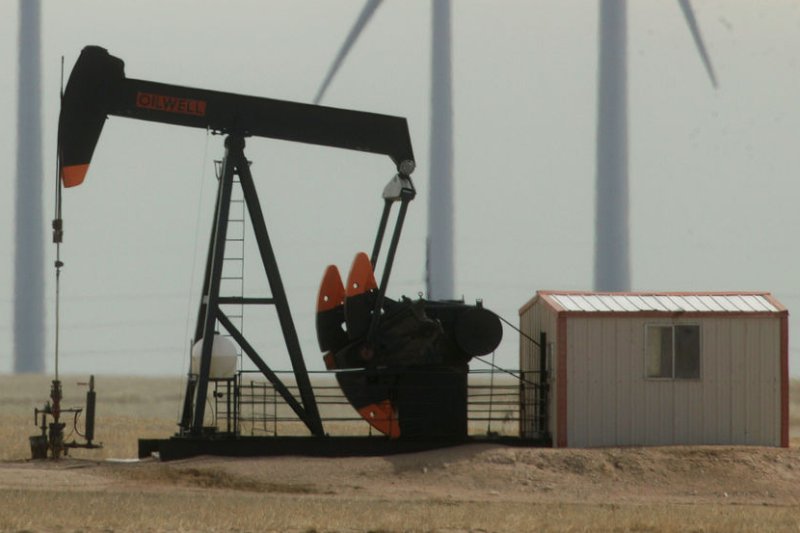 The head of Russian oil producer Rosneft doesn't see the price for Brent crude oil moving higher than $80 per barrel for the rest of the year. File Photo by Gary C. Caskey/UPI | License Photo

July 23 (UPI) -- The head of Russian oil company Rosneft said that, from his view, the price for Brent crude oil will likely stay below $80 per barrel for the rest of the year.

The price for Brent crude oil, the global benchmark, hit its high mark for the year so far on May 22 when it closed at $80.42 per barrel. The run to $80, a multi-year high, was triggered in part by the U.S. decision to leave a multilateral nuclear agreement that allows Iranian oil to flow through the global market.

Brent was trading near $74 per barrel early Monday EDT. Igor Sechin, the chief executive officer at Russian oil company Rosneft, said Sunday his company's budget is based on $63 per barrel.

"I think oil prices will stay within this range: from $75 to maximum $80 per barrel," he was quoted as saying by Russian news agency Tass.

Russia is party to an effort steered by the Organization of Petroleum Exporting Countries to balance the market with coordinated controls on production and the largest non-member state contributor. After late May considerations of more oil on the market erased $6 per barrel from the price for Brent, Sechin said oil prices would likely be supported still by impending U.S. sanctions on Iran.

Spare capacity, what producers can add to the market in relatively short order, is at a premium, though parties to the OPEC arrangement in June agreed to ease back on compliance in order to keep oil flowing.

If the market needs more oil, Russian Energy Minister Alexander Novak said members of OPEC, plus non-members state contributors, will "take a required decision." The minister suggested Russia could add about 175,000 barrels of oil per day in the second half of the year.

Rosneft reported first quarter revenue of $30.9 billion, up 0.8 percent from the fourth quarter and 22.1 percent higher than the first quarter 2017. It attributed the gain in large part to higher crude oil prices.

Sechin is one of the Russian oligarchs who faced personal and business sanctions from the United States stemming from the Russian annexation of Crimea from Ukraine in 2014.