Libyan oil production has been nearly erased while U.S. exports strain what's on hand in the world's leading economy. 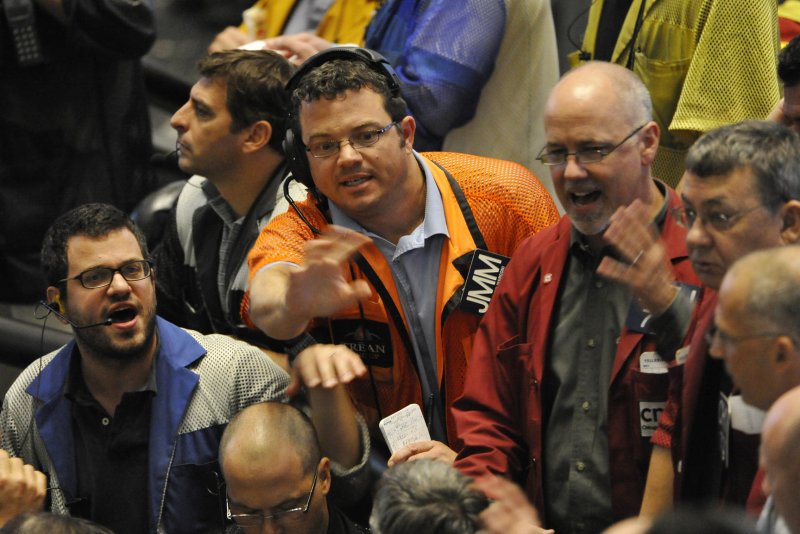 The price of oil was up Tuesday morning as three members of OPEC have posted real or expected production declines and traders expect drains on U.S. inventories as more barrels of oil are put on the market to make up the difference. File Photo by Brian Kersey/UPI | License Photo

July 3 (UPI) -- Crude oil prices rose on Tuesday with the U.S. benchmark hitting a four-year high on expected drains in domestic inventories and outages in Libya.

Crude oil prices fell on Monday after Saudi Arabia said it could tap into its 2 million barrels per day in spare capacity to help address a pending market deficit. Three members of the Organization of Petroleum Exporting Countries -- Libya, Iran and Venezuela -- are posting real, or have expected, production declines.

Libya's National Oil Corp. on Monday suspended loading commitments at two oil depots and announced production was down by about 800,000 barrels per day, representing nearly all of its total capacity.

Matthew Smith, the director of commodity research at ClipperData, told UPI that oil prices so far this week are moving on one hand on OPEC pledges of more production, but correcting later on fears of supply-side strains.

"As Libyan port closures remove about three-quarters of their 1 million barrel-per-day exports, crude is pushing higher again today," he said. "The market also may be mentally preparing itself for another draw to weekly crude stocks from Thursday's inventory report -- it should."

A survey of analyst expectations from S&P Global Platts revealed expectations of a drain on U.S. crude oil inventories of 4.5 million barrels last week, adding support to the concerns about a market deficit. Federal data are published Thursday, one day later because of a U.S. holiday.

Geoffrey Craig, the oil futures editor at Platts, said the drain on U.S. inventory levels is in part because of higher domestic exports, which set a record for the week ending June 22 at 3 million barrels per day.

"One factor behind the drawdown has been U.S. crude exports, which have shot higher to help fill the void left in Europe and Asia by the voluntary and involuntary reductions from OPEC producers," he said in emailed remarks.

OPEC pledged to relax compliance with an agreement that helped balance an oversupplied market, but that might not be enough to address a looming deficit of around 2 million barrels per day.

RELATED Get ready for big swings in U.S. gas prices

Craig added that more issues could develop as Washington tightens the sanctions noose on Iran and Venezuela. Iran, however, said it would be tough to erase its oil completely from the market by November, when U.S. sanctions snap back into place.

Iranian President Hassan Rouhani is on a tour of Europe this week. The remaining European members of the U.N.-backed nuclear agreement that brought sanctions relief to Iran have said they remain committed to the deal, even without U.S. support.