Growth in gross domestic product for the year is expected at 2.7 percent, beating the latest first quarter estimate from the United States. 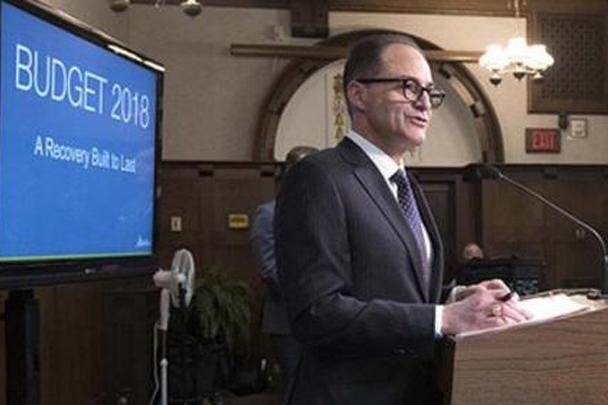 June 29 (UPI) -- The price for U.S. crude oil has been below the government estimates, though Alberta's economy could enjoy long-term growth, the finance minister said.

"We are growing an economy that is built to last," Finance Minister Joe Ceci said in a statement.

Alberta is home to most of the oil found in Canada. Ceci's ministry said the price for West Texas Intermediate, the U.S. benchmark for the price of oil, averaged $53.69 per barrel so far this year, up $5.76 per barrel from last year, but $1.31 per barrel below the 2017 budget estimate

WTI was trading near $73 per barrel early Friday. Following a recession triggered in part by crude oil priced below $30 per barrel two years ago, Alberta's economy grew last year by 4.9 percent, the best in the country and more than twice the rate of the United States. Growth this year is expected to moderate to 2.7 percent.

Based on data through April, the National Energy Board of Canada estimated full-year 2018 oil production could average 4.5 million barrels per day, about a quarter million more barrels per day than last year.

The funding is part of a broader $1 billion, seven-year investment aimed at diversifying a provincial economy that depends heavily on oil revenue. Alberta itself aims to limit its own emissions and nine different companies, from Canadian Natural Resources Ltd. to the Canadian subsidiary of ConocoPhillips, had projects selected for funding.

Provincial growth could be stimulated now that the federal Canadian government committed to funding the expansion of the Trans Mountain crude oil pipeline to the western coast. Alberta's government estimated that pipeline projects like Trans Mountain could stimulate economic growth by as much as 2 percent by 2023.

Exports increased nearly 30 percent on the back of an increase in crude oil production and the provincial deficit is expected to drop $1.1 billion.

RELATED No issues found at one of Norway's biggest oil fields