A board member at German energy company Wintershall said there are clear political reasons why survey results show what they show. 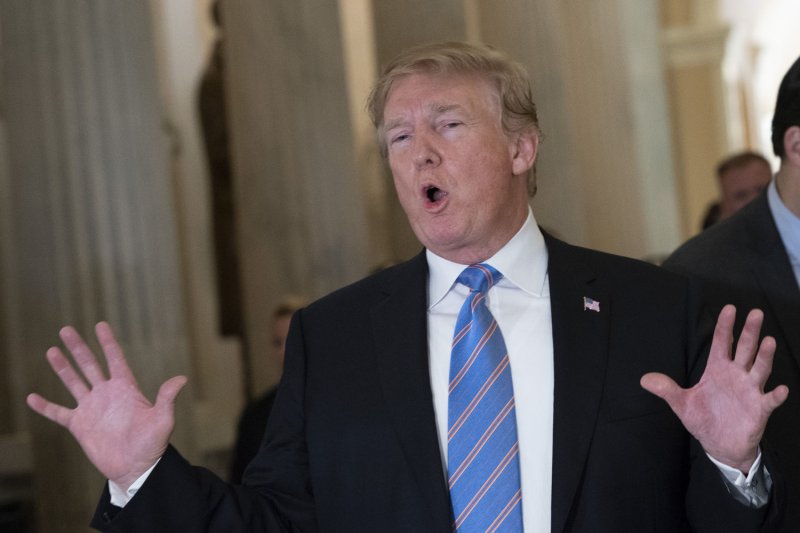 A board member from German energy company Wintershall said the fallout from U.S. President Donald Trump's trade policies is spilling over into the energy sector. Photo by Chris Kleponis/UPI | License Photo

June 27 (UPI) -- An executive from German energy company Wintershall said rifts in trade policy are leading to a lack of trust in the United States as an energy supplier.

Washington D.C. hosts this year's regular World Gas Conference at a time when the United States is developing as a lead oil and natural gas producer and exporter. U.S. President Donald Trump has said natural gas in particular could extend U.S. leverage over the horizon into the Asian and European markets.

A third-part survey of 1,001 adults conducted between May 7 and 9 showed U.S. influence is eroding, according to Wintershall.

"The declining trust in the United States is certainly also due to political reasons -- here the publicly discernible differences of the past few months have left their marks," Thilo Wieland, an executive board member said in a statement from the sidelines of the gas conference.

From NATO to defense, Trump has stoked divisions with traditional U.S. allies in Europe. With trade, the president said through his Twitter account that Europe has "long taken advantage" of the United States through trade barriers and tariffs.

"Given the recent rise in protectionism in many parts of the world, our daily work to remove trade barriers has become even more important," she said in a statement.

Opening the gas conference this week, U.S. Deputy Secretary of State John Sullivan said the Trump administration is indeed committed to an open and depoliticized global market for natural gas.

"Our goal is to keep markets open, transparent, and free of manipulation and political coercion," he said in his prepared remarks.

Liquefied natural gas in particular has been favored by the Trump administration as a way to diversify markets in Eastern Europe, where countries like Poland have few options for supplies apart from Russia. Winteshall, however, said polling results showed 61 percent of the Germans responding to interviewers said they'd prefer Russia as a gas supplier, against 13 percent expressing support for a U.S. gas supplier.

"Of course, there can be occasional tiffs between friends and allies," Wieland said. "But fair market conditions and mutual trust are the prerequisites for global trade in order to create prosperity and growth."

Mario Mehran, the CEO of Wintershall, told UPI last year he saw U.S. sanctions on Russia as a veiled way to break into the European energy market. The framework for cooperation in Europe is up to the Europeans, not other countries, he said.