Commercial gas flows moving through a regional pipeline that forms the "backbone" of European efforts to break Russia's grip on the energy sector.

June 13 (UPI) -- With Azeri natural gas reaching the Turkish market, the European energy sector is closer to its strategic goals for diversification, a commissioner said.

Turkish President Recep Tayyip Erdogan on Tuesday hosted his Azeri, Serbian and Ukrainian counterparts in a ceremony for the inauguration of the 1,150-mile Trans Anatolian Natural Gas Pipeline.

The Turkish president said the event put his country closer to becoming a regional energy hub. For the European market, he said the pipeline is the "backbone" of the so-called Southern Corridor as its longest component.

The corridor consists of a network of pipelines, including TANAP and the Trans Adriatic Pipeline through Greece to Italy, tied to the Shah Deniz natural gas field in the Azeri waters of the Caspian Sea.

RELATED IEA: Nobody wins in a market with oil supply deficits

Maroš Šefčovič, the European official in charge of energy issues, said in a statement emailed to UPI that commercial gas flows to Turkey was a milestone for the diversification of a European market that depends heavily on Russia for natural gas.

"By helping diversify our energy suppliers and routes, the Southern Gas Corridor is strategically important for the EU's energy security, including in the most vulnerable parts, such as South-East Europe and Southern Italy," he said.

TANAP is designed to carry natural gas from the BP-controlled Shah Deniz field in the Azeri waters of the Caspian Sea through Turkey to its western borders at Greece or Bulgaria. Europe gets about a quarter of its gas needs met by Russia, though most of that runs through the Soviet-era transit network in Ukraine, where geopolitical conflicts present a risk to energy security.

The Southern Corridor has support from the United States, which is trying to break into the European market with its own liquefied natural gas. Russian energy company Lukoil, however, is part of the Shah Deniz consortium.

The Trans Adriatic Pipeline is the next section on pace for completion. The broader Southern Corridor is in a race against plans by Russian energy company Gazprom to twin the Nord Stream gas pipeline through the Baltic Sea to Germany.

As Nord Stream gets the permits necessary for construction from the Baltic Sea countries, Šefčovič said Azeri gas was expected to move through the entire Southern Corridor by 2020. 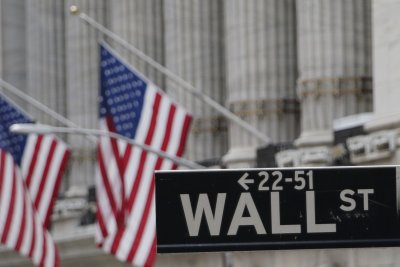