For oil, the next concerns are geopolitical, the IEA says

Crude oil prices are up more than 4 percent since Washington left the Iranian nuclear agreement even though there's a 180-day sanctions window. 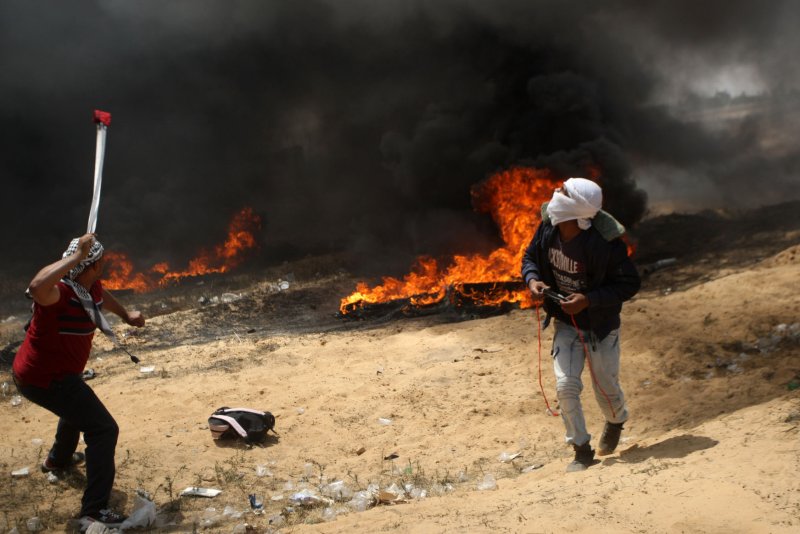 May 16 (UPI) -- Geopolitical issues are drawing the market focus away from more fundamental issues like supply and demand metrics, the International Energy Agency said.

Brent crude oil prices are up more than 4 percent since U.S. President Donald Trump on May 8 backed out of the Joint Comprehensive Plan of Action, a U.N.-backed agreement with Iran that eases sanctions pressure, including pressure on Iran's oil, in exchange for nuclear commitments from the Islamic republic.

In its market report for May, the International Energy Agency said it's "too soon to say what will happen" in the market because of the sanctions, but the U.S. decision has shifted the market focus away from fundamentals and toward geopolitical issues.

"There is a 180-day period for customers to adjust their purchasing strategies and it remains to be seen how waivers and other aspects of the sanctions will be implemented," the IEA's report read. "In addition, other signatories to the JCPOA have said that they will continue with the agreement."

In other words, there's been little direct impact yet on Iran's oil. Other members of the Organization of Petroleum Exporting Countries and producers outside the group could step in with more oil once the 180-day window closes.

In other geopolitical trends, the Israeli response Monday to the Palestinian protests against the U.S. embassy move to Jerusalem helped push the price for Brent crude oil up more than 1 percent. That move followed the release of Baker Hughes data on Friday that showed exploration and production activity in North America accelerated, a trend that would normally carry over the weekend to send oil prices lower.

In a weekend message on the New Year, U.N. Secretary-General António Guterres issued a red alert instead of an appeal, saying that many of the world's problems can be addressed only through unity. A few days later, Joe McMonigle, a senior energy analyst at Hedgeye Risk Management, told UPI there may be a "few geopolitical lottery tickets" evolving in 2018.

Risk factors prompted the U.S. Energy Information Administration to raise its forecast last week for the price of Brent crude oil by $7 per barrel.

OPEC is working to drain a surplus from the market through coordinated production cuts. The IEA said Wednesday the five-year average for crude oil stocks in the world's advanced economies is showing a deficit, meaning there's less luxury for issues like declining Iranian exports.

"For now, the rapidly changing geopolitical landscape will move the attention away from stocks as producers and consumers consider how to limit volatility in the oil market," the IEA stated.