French supermajor reported a record level for production, but said questions remain over 'the evolution of global supply.' 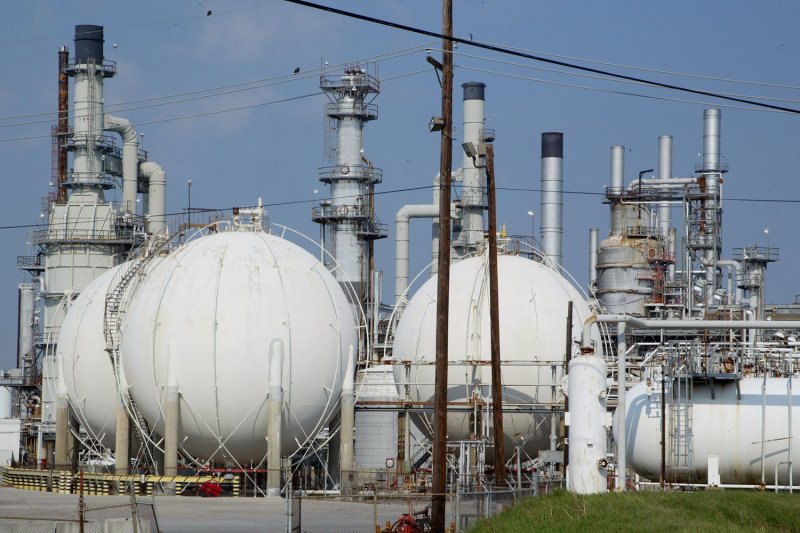 April 26 (UPI) -- Though crude oil prices are hovering near $70 per barrel, French supermajor Total said the market for crude oil may be bogged down by chronic uncertainty.

The price for Brent crude oil was marching toward $75 per barrel early Thursday. With U.S. President Donald Trump expected to renege on the Iranian nuclear deal, the market is primed to carry a substantial premium and push Brent even higher.

Brent has traded around $70 since the start of the second quarter in April on the back of an expanding global economy, a rise in demand and work by the Organization of Petroleum Exporting Countries to constrain supplies.

"The environment remains nevertheless volatile with persistent uncertainty around the evolution of global supply," the French company said in its quarterly statement.

The end of the Iranian nuclear deal could take around 1 million barrels per day off the market.

Total's sentiment followed concerns from Schlumberger, the largest oilfield services company in the world. Paal Kibsgaard, the company's chairman and CEO said it's likely the industry will see supply challenges through 2018 "and a significant increase in global exploration and production investment will be required to minimize the impending deficit."

Nevertheless, Total said it was focused on cost discipline. It's targeted an operating expense budget of $5.5 per barrel of oil equivalent production and wants to cut costs by more than $4 billion. It's looking for a break-even mark of $25 per barrel this year.

RELATED GasBuddy: With gas prices this high, it's no wonder Trump is concerned

"Production growth should surpass the 2018 target of 6 percent, thanks to the start-ups and ramp-ups of new projects, as well as the integration of recently acquired assets, supporting the 2016-22 target of 5 percent per year on average," the French company stated.