If the U.N.-backed agreement collapses, Iran could ramp up its enrichment program in a matter of days, an official said Monday. 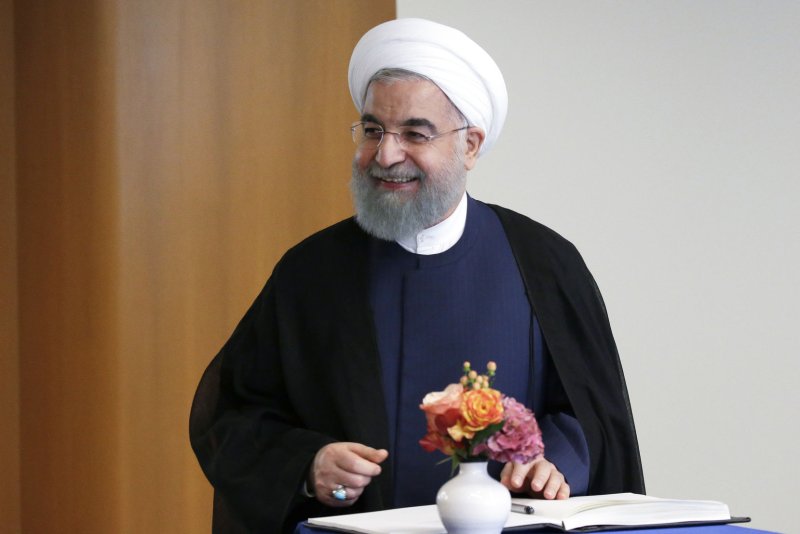 April 9 (UPI) -- As the U.S. president mulls the fate of a deal that curbed Iran's nuclear ambitions, the OPEC member's president said Monday the program is accelerating.

"Our nuclear industry is moving faster than before with more energy, accuracy, and more accurate calculation," Iranian President Hassan Rouhani was quoted by Mehr News Agency as saying.

U.S. President Trump opted on Jan. 12 to align with the principles of the Joint Comprehensive Plan of Action -- the U.N.-backed Iranian nuclear deal -- and issue a waiver on oil-related sanctions on Iran, but said it could be the last time.

Another deadline looms in May and the U.S. commitment is likely over. Trump since January has surrounded himself with advisors critical of Iran. Former U.N. Ambassador John Bolton, who said the agreements is "fundamentally flawed," is now serving as Trump's national security advisor.

The agreement lets Iranian oil flow through the European market and unraveling the JCPA would come at a time when global crude oil markets are tighter than ever. With geopolitical risk and fears of a trade war between the United States and China adding a premium to the price of oil, there's little room for luxury like the absence of Iranian barrels.

Ali Akbar Salehi, the head of Iran's nuclear agency, warned that if the JCPA collapsed, it would take less than a week for Iran to enrich uranium at its nuclear reactors to 20 percent, a threshold seen as a first step to the enrichment level necessary to produce a nuclear weapon.

"If other sides decide to go the other way, the Islamic Republic of Iran would make necessary decisions to safeguard its national interests," Salehi said.

Iran is already ensnared in the geopolitical risk that's supported the price of oil in recent sessions. The government in Riyadh said missiles fired by the Houthi rebel group in Yemen, which has Iranian support, struck several targets in Saudi Arabia in March, pitting the Shiite Iran against its regional rival, a Sunni Saudi Arabia.

Monday is a nuclear-research holiday in Iran. The third-largest producer in the Organization of Petroleum Exporting Countries, the country produced around 3.8 million barrels per day of oil last month.