The Federal Energy Regulatory Commission has set December 2019 as the deadline for an Alaskan liquefied natural gas project to receive its final environmental impact statement. 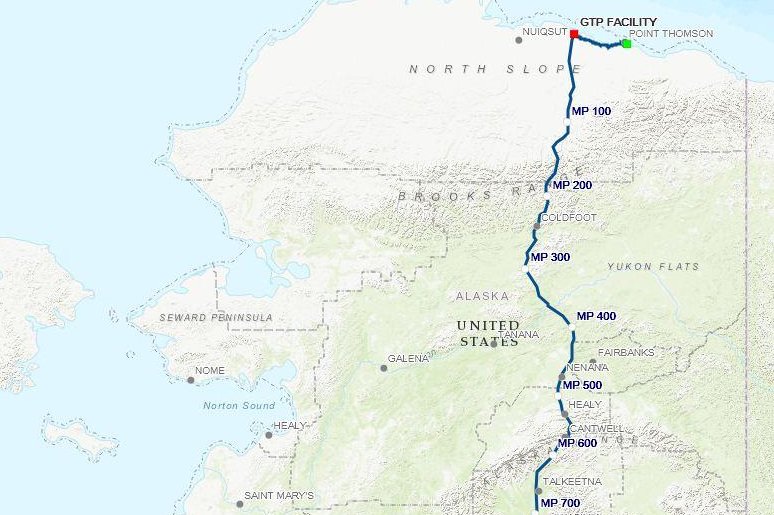 March 14 (UPI) -- With a timeline for a gas delivery point in Alaska established, Gov. Bill Walker said a hurdle for investments in the project has been cleared.

Alaska Gasline Development Corp. wants to build pipelines and associated infrastructure to process state gas into liquefied natural gas, a super-cooled form of gas that has more maneuverability than other piped resources. The Federal Energy Regulatory Commission on Monday set a timeline for an Alaskan liquefied natural gas project to receive its final environmental impact statement by December 2019.

In a statement issued late Tuesday, Alaska's governor said the FERC timeline sets the project on a firm path toward completion.

"This is a major step forward that establishes clarity and predictability in the federal permitting process, which is critical for investors," Walker said in a statement.

AGDC's project would have an annual design capacity of 3.9 billion standard cubic feet per day peak capacity of natural gas. The LNG project in the design phase in Alaska would connect a natural gas reservoir in Prudhoe Bay through 800 miles of pipe to a liquefaction plant on the southcentral Alaskan coast.

In November, the state government and the AGDC signed an agreement with Chinese lenders and China Petrochemical Corp., or Sinopec, to advance discussions on the LNG potential in Alaska. The agreement was signed in the presence of U.S. President Donald Trump and Chinese President Xi Jinping.

Analysts were somewhat skeptical of the project, even with Chinese support. Cost may be an impediment to the arrangement, and China could secure LNG from cheaper reserves closer to home, notably from Australia or Qatar, which already have established LNG infrastructure.

Walker was optimistic about the prospects of the Chinese deal, however. Alaska already cut 44 percent from its spending obligations over the last four years and tapped into more than $14 billion from savings.

The governor last week announced plans to send a delegation of state trade representatives to China to build deeper economic ties. His office said that, since 2011, China has been the top consumer of Alaskan goods.