Energy survey planned for pioneer areas of Gulf of Mexico 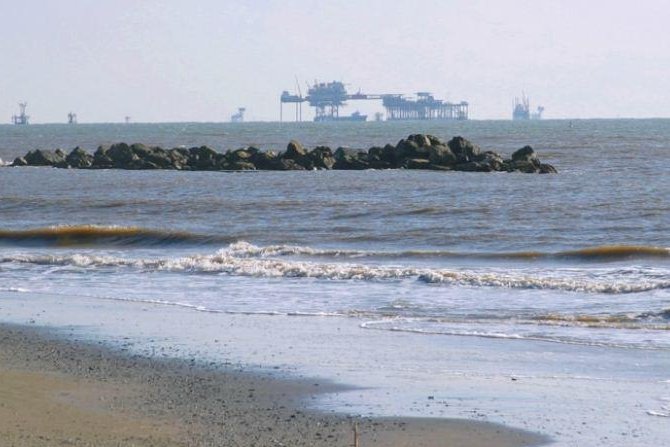 A seismic survey into pioneer parts of the U.S. Gulf of Mexico is a response to renewed interest, a geophysical company said. Photo courtesy of the U.S. Bureau of Ocean Energy Management.

Dec. 21 (UPI) -- For several clients, a surveying company, TGS, said it was wading into frontier areas of the deep waters in the Gulf of Mexico as explorers expand interest.

TGS said Thursday that, for multiple clients, it was conducting a seismic survey over 2,300 square miles of the deep U.S. waters of the Gulf of Mexico. The company said the project extends coverage in the Mississippi Canyon off the U.S. coast into more pioneering areas that it said are drawing renewed interest from exploration and production companies.

"After a period of lower activity levels in the U.S. Gulf of Mexico, this survey helps strengthen our position in an underexplored area that is of interest to our clients, ahead of upcoming lease turnover," CEO Kristian Johansen said in a statement.

Seismic surveys are used to get a better understanding of a particular basin.

Spending for new exploration and production ventures turned lower during a market downturn that culminated with a drop in crude oil prices below $30 per barrel in early 2016, about half the price in the current market.

In October, U.S. Interior Secretary Ryan Zinke said an upcoming auction of more than 75 million acres of federal waters in the Gulf of Mexico will be the largest ever in the national history of offshore development.

An auction for the western portion of the Gulf of Mexico last year attracted bids from only three companies for a total $18 million in bids. The first lease in Donald Trump's presidency, by comparison, generated $121 million in high bids.

A report from consultant group IHS said that, even as U.S. shale basins garner attention, investors may be drawn still to offshore basins. Its analysis found deep U.S. waters account for $3.2 billion, or 17 percent of the global deepwater assets on the market.

A short-term market report from the U.S. Energy Information Administration forecasts a 3.6 percent increase in oil production from the Gulf of Mexico to 1.71 million barrels per day next year.