Oil markets try to shake off a bit of a December slump that saw Brent crude oil prices shed about 3 percent. 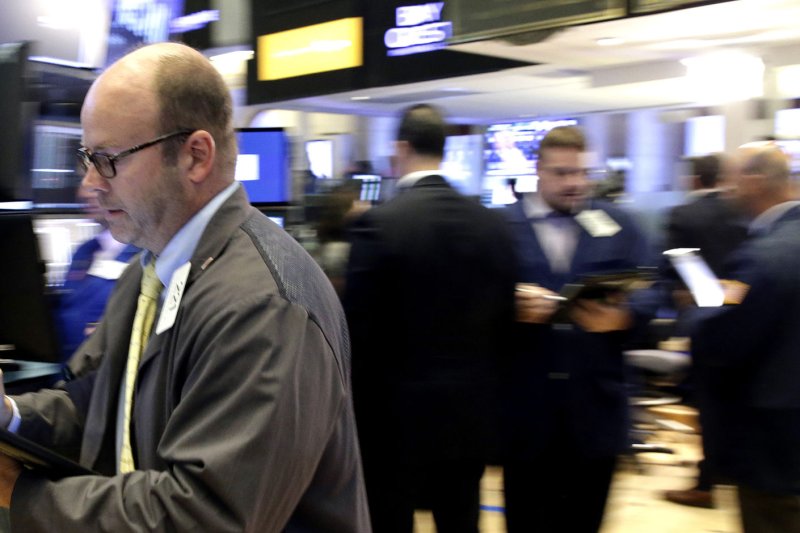 Dec. 7 (UPI) -- A rebound in GDP in the European Union and a possible cash-squeeze for U.S. shale operators pushed oil prices into positive territory Thursday.

Last week, the Organization of Economic Cooperation and Development reported growth in the world's industrialized economies was apparent, but also lopsided. Nevertheless, the economies in Europe continued to show slow, but steady, momentum for the year.

The European Commission's record-keeping office reported gross domestic production for the third quarter was up 0.6 percent for the 28 member states and those countries using the euro currency to 2.6 percent.

Last week, the U.S. Commerce Department reported GDP increased at an annual rate of 3.3 percent during the third quarter, an improvement over second quarter growth of 3.1 percent. On Thursday, the U.S. Labor Department said first-time claims for unemployment for the week ending Dec. 2 dropped 2,000 from the previous week to 238,000. The four-week moving average, a less-volatile metric, saw a decline of 750.

Modest improvements, however, came as the OECD warned of looming economic pressures ahead, particularly in housing sectors for some major economies. An indication of demand, gasoline stockpiles in the United States increased in recent days, even after the long Thanksgiving holiday weekend.

Gains in crude oil prices were relatively muted early Thursday. After dropping off more than a percent in the previous session on the drop in U.S. gasoline inventories, the price for West Texas Intermediate, the U.S. benchmark for the price of oil, was up 0.5 percent as of 9:15 a.m. EST to $56.27 per barrel. The price for Brent, the global benchmark, was up 0.72 percent to $61.66 per barrel.

Brent crude oil is down about 3 percent since the start of December. Rumors and rhetoric circulating ahead of a late-November decision by the Organization of Petroleum Exporting Countries to extend a production cut agreement to the end of 2018 fueled a rally that extended for much of the second half of the year.

RELATED Moody's: Noble Group could be broke in a year

Resilient shale oil production in the United States has balanced some of OPEC's efforts, especially as more crude oil leaves the country following a 2015 end to a 40-year-old ban. More oil is also leaving the emergency Strategic Petroleum Reserve.

Phil Flynn, a senior market analyst for the PRICE Futures Group in Chicago, said in a commentary emailed to UPI that investors may be pulling away from shale a bit. That came as U.S. supermajor boasted of a $3.3 billion bet on Permian shale, but said $3.7 billion would go toward operations already underway in Kazakhstan.