A system designed to carry as much as 590,000 barrels of oil per day has been closed for about two weeks.

Nov. 28 (UPI) -- The Keystone oil pipeline running through North America is operating at a reduced pressure following a mid-November spill in South Dakota, the operator said.

TransCanada said the Keystone repair and restart plan was approved by the U.S. Pipeline and Hazardous Materials Safety Administration with no objections. Starting Tuesday, the pipeline will resume operations at reduced pressure.

"We are communicating plans to our customers and will continue working closely with them as we begin to return to normal operating conditions," the company stated. "We will also comply with any future PHMSA orders and requirements as a result of this incident to ensure the integrity of the pipeline."

The company closed down much of the network in North America in mid-November after reporting a release of about 5,000 barrels of oil in rural South Dakota. The company shut the system down within minutes of recording a drop in pressure on the network. About 20 percent of the spilled oil has been recovered so far.

TransCanada has pulled the faulty section from the mid-November incident out of the ground and sent it on to the PHMSA for investigation. The Keystone pipeline extends from Alberta, Canada, to Cushing, Okla., and to Patoka, Ill.

An area resident in South Dakota discovered the release of about 400 barrels from the Keystone network last year. Federal investigators said the April 2016 release came from a "weld anomaly" on the pipeline and oil had been leaking from the pipeline at a rate of two drops per minute for an undetermined length of time.

Construction on the pipeline, which can carry as much as 590,000 barrels of oil per day, began in 2008. TransCanada aims to expand access to facilitate U.S. southern port deliveries through its Keystone XL pipeline, a planned 830,000 barrels per day line that cleared a regulatory hurdle in Nebraska last week.

Sandy Fielden, the director of oil and products research for Morningstar, said in an emailed research note that Keystone XL's fate is still uncertain.

"Keystone XL still has to win landowner approval for a new route through Nebraska and requires a final investment decision by TransCanada that is likely contingent on shipper commitment," he said. 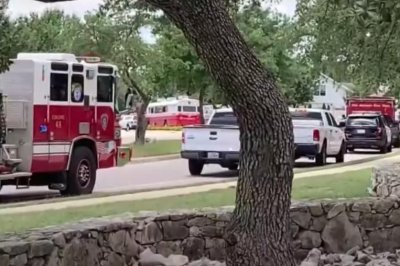