The chairman Gazprom said this year that his company wanted a "formidable" position in the Asian market. 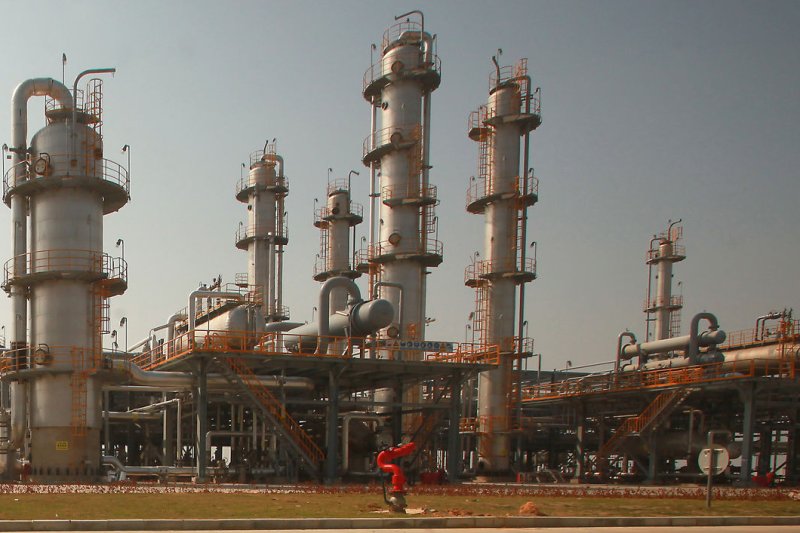 Nov. 20 (UPI) -- Russian energy company Gazprom said it was reviewing the opportunity to expand its only operational liquefied natural gas plant with its Japanese partner.

"The parties reviewed issues related to joint efforts under the Sakhalin II project, including the construction of the third train of the LNG plant," the Russian energy company stated.

The so-called train is the facility that turns natural gas into the super-cooled liquid form.

Economies in the Asia-Pacific region are expanding faster than developed nations and taking on more oil and gas resources as a consequence. Island nations like Japan, meanwhile, have few resources of their own and rely on imports from major producers like Russia.

Demand for LNG in the Japanese market may be limited, however. With its weak economy, Japan's consumption of electricity has declined for five straight years. In an update on the pace of the global economy, the Organization of Economic Cooperation and Development said Japan was one of the countries whose growth was slowing down the global average.

Apart from market issues, LNG has taken on a strategic dimension given its diverse deliverability options. A national defense measure passed in the U.S. House of Representatives last week sought to promote energy trade in Europe as a means to contain Russia. Shale natural gas from the United States has made its way to the European market in the form of LNG, with Polish Oil & Gas accepting one of the first-ever U.S. shipments.

Gazprom's chairman said the "cornerstone" of the company's strategy was efforts in Eastern markets, but it was building a "formidable" position in the Asian market.