Gov. Fallin said the 'no' votes cast in the House means the state is facing a $400 million shortfall.

Nov. 9 (UPI) -- The worst-case scenario for shale-rich Oklahoma is now a reality after state leaders in the House failed to advance a budget plan, the governor said.

"As a result of their no votes, our state will not have enough funds for agencies to deliver services that work for people, especially with our state facing a $400 million shortfall next session," she said in a statement.

The measure would have raised taxes on gross production from new oil and gas wells, cigarettes, motor fuels and low-proof alcoholic beverages. Fallin said that, by not passing the bill on, it killed a last-ditch effort to address a $215 million shortfall in the current budget.

State Sen. John Sparks, a Democrat, said the House showed obvious support for using cash-on-hand to plug the budget cap, something he said lead to a downgrade in the state's credit rating.

According to state public radio KOSU, employees working for energy companies in the state lobbied against the budget plan, pointing to weakness in the energy sector brought on by historically low crude oil prices. The station quoted Rep. Eric Proctor, a Democrat representing Tulsa, as saying the bill wasn't focused on drawing revenue out of the oil companies.

"We're not in this mess because cigarettes are too cheap," he was quoted as saying.

Taxes on oil and gas production generated $52 million in October, a jump of 48.4 percent from last year. Compared with September, however, tax collections from oil and gas grew just 3.7 percent. About 65 percent of the new revenue came from a 1.25 percent state sales tax on motor vehicles, while a $5 vehicle registration added $1.9 million.

The state sits on the Anadarko shale reservoir. The U.S. Energy Information Administration predicts oil production there will increase about 2 percent and gas production by about 0.6 percent from October. Drilling services company Baker Hughes last week reported exploration and production activity is slowing down. 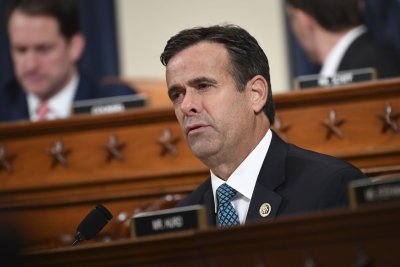