U.N.: Cheaper to invest in climate change fight than to rebuild after a disaster 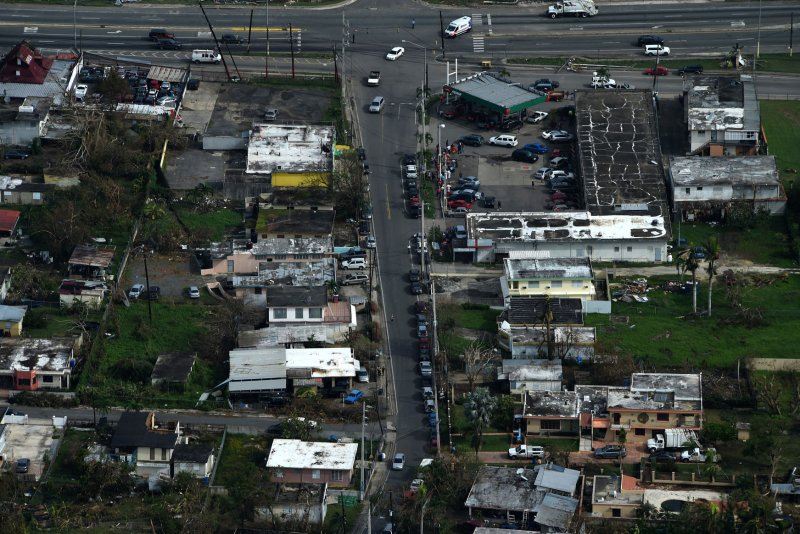 It may cost less to invest in efforts to address climate change than to rebuild after major storms like Hurricane Maria, U.N. leaders write from Tehran. Photo by A1C Nicholas Dutton/U.S. Air Force/UPI | License Photo

Achim Steiner, the administrator at the U.N. Development Program, Patricia Espinosa, the climate chief at the United Nations, and Robert Glasser, the head of the U.N.'s office for disaster risk reduction, wrote for the U.N. Information Center in Tehran that climate risks would linger even if the measures outlined in the multilateral Paris climate agreement hold.

"While carbon emissions are expected to drop as countries meet their self-declared targets, the impacts of climate change may be felt for some time, leaving the world with little choice but to invest, simultaneously, in efforts to adapt to climate change and reduce disaster risk," they wrote. "The benefits of doing so make economic sense when compared to the cost of rebuilding."

Puerto Rico Gov. Ricardo Rossello sent a letter to the U.S. Congress this week seeking additional support in the wake of Hurricane Maria. Rossello said that on top of the devastation from the storm, his territory was facing a liquidity crisis and may need tens of billions of dollars to rebuild.

For Miami, which was hit last month by Hurricane Irma, the U.N. leaders said around $400 million were earmarked for hurricane protection, a level of investment out of reach for low- and middle-income countries.

"Climate change is a threat to every economy and every citizen," she said.

The U.N. leaders said, meanwhile, the deaths of 4.2 million people they said die prematurely each year from ambient pollution is "mostly related to the use of fossil fuels."

The message from U.N. leaders, published Tuesday, came one day after Scott Pruitt, the head of the U.S. Environmental Protection Agency, said the government would repeal former President Barack Obama administration's landmark Clean Power Plan. Though never enforced, and contentious for some state planners, the measure aimed to cut 32 percent of the carbon emissions from the nation's power sector. The repeal is part of a broader effort by U.S. President Donald Trump to back the coal industry in fulfillment of campaign promises.

U.S. state governors and foreign leaders have pledged to take up the mantle on efforts to combat climate change. In his State of the Union address last month, European Union President Claude-Juncker vowed to make Europe the world leader in "the fight against climate change."