Singapore-listed KrisEnergy gets a head start in an untested area, but notes development may be costly and require patience. 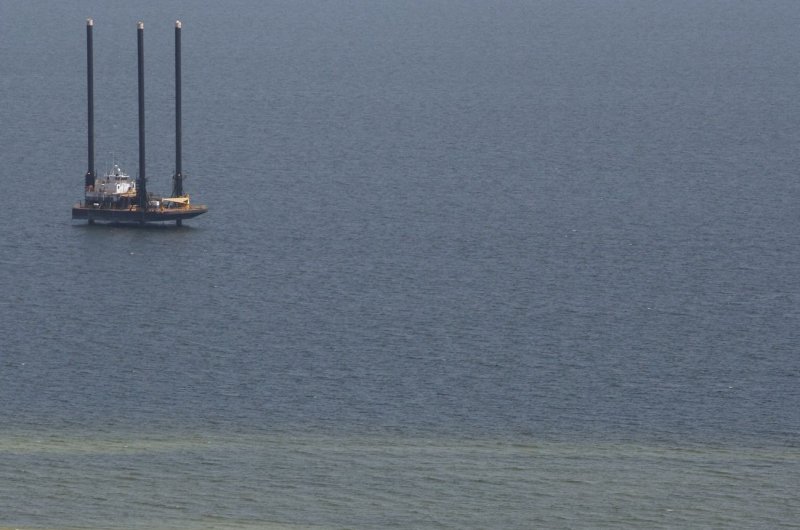 Singapore-listed KrisEnergy gets first dibs at trying to tap into the oil potential in Cambodian waters, but it may require a costly and long-term commitment. File photo by A.J. Sisco/UPI | License Photo

Aug. 23 (UPI) -- Cambodia's government signed off on the preliminary agreements necessary to implement its first offshore oil development ever, a Singapore-listed company said.

KrisEnergy said it signed documents outlining plans to develop the Aspara area in the Cambodian waters of the Gulf of Thailand. The company now has 60 days to declare a final investment decision on a project that will take about two years to produce its first batch of oil.

Cambodia has enjoyed strong economic growth during the last 20 years, driven in part on garment exports and agriculture.

"These are all important foundations in the development and prosperity for Cambodia," Cambodian Secretary of State for the Ministry of Finance Chou Vichet said in a statement. "Now we are starting to develop a new oil and gas sector that will help increasing state revenues and job creation that will contribute to boosting our Cambodian economy further."

According to the Asian Development Bank, Cambodia's economy grew by an estimated 7 percent last year and should grow 7.1 percent this year and in 2017. The ADB's outlook said gains from the country's agriculture sector offset weakness from industry and the services sector.

KrisEnergy said the oil deposits in the concession area are small, spread out and may require significant investments and a long-term commitment to develop fully. Vietnam and Myanmar already enjoy offshore reserves, though Cambodian waters are relatively untested.

Jean-Baptiste Berchoteau, an Asian exploration and production analyst at consulting firm Wood Mackenzie, said the company could draw on local and international development partners to turn prospects into reality. The region in question could hold as much as 50 million barrels of reserves.

"We also estimate Cambodia's yet-to-find [resources] at 120 million barrels, mostly located in the Khmer basin in the Gulf of Thailand," he said in an emailed statement.

KrisEnergy said the Aspara proposal is only the first phase of development for offshore Cambodia. With no benchmark to gauge performance, the company said it's too early to make a prediction on long-term production rates, but "there remains further potential in other geological trends within the contract area for future investigation."