Both sides say their emphasis on harsh-environment rigs will carve out a niche in the industry. 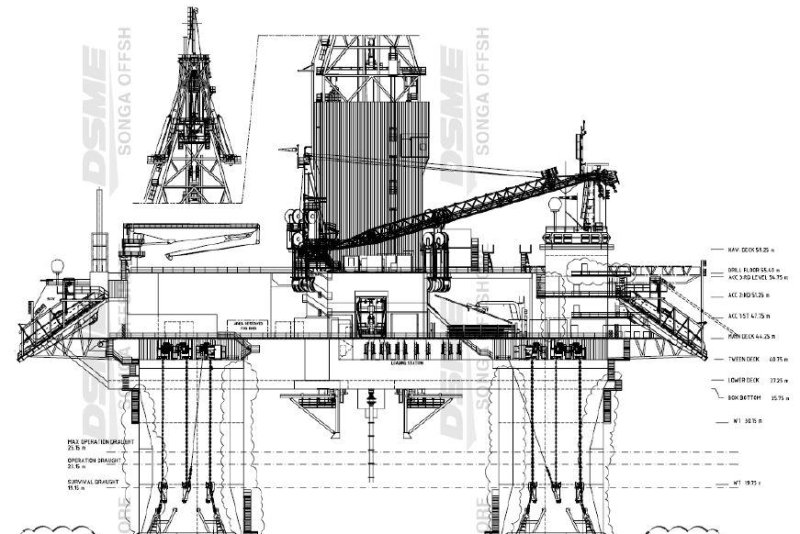 Songa Offshore says it's calling on its shareholders to accept an acquisition offer from rival Transocean. Schematic courtesy of Songa Offshore

Aug. 15 (UPI) -- Rig company Transocean said it built up its position in the offshore industry by reaching an agreement to acquire its North Atlantic rival, Songa Offshore.

Transocean said that, on top of its legacy fleet, it has four drill ships designed for ultra-deep waters under construction and two of those are already under contract from Royal Dutch Shell for the next 10 years. Songa Offshore, meanwhile, has seven rigs to its name, including four that are designated for harsh environments.

"Songa Offshore is an excellent strategic fit for Transocean," President and CEO Jeremy Thigpen said in a statement.

A March report from analysis group Wood Mackenzie found deep water basins were getting more competitive. The cost to break even on oil and gas projects in deep waters dropped from around $70 per barrel to below $50 per barrel in some cases, it found.

After a fourth-quarter rebound, Thigpen said inquiries from potential customers were coming in for his company as markets improved. The rig company earned $91 million during the first quarter, down from the $235 million posted during the same time last year.

Energy companies that provide services for the exploration and production side of the industry, like Transocean and Songa Offshore, have tried to streamline operations as oil prices remain stuck at a level that's about half what they were three years ago. Drilling services company Baker Hughes is now a GE company and rival Schlumberger spent much of last year acquiring smaller players in the upstream sector.

Transocean's consideration implies an equity value of Songa Offshore of around $1.2 billion, which represented a 37 percent premium to Songa Offshore on a per-share basis.

"By adding Songa Offshore's four [harsh environment] Cat-D rigs to Transocean's existing harsh environment fleet, the combined company will be the leader within this segment which is showing signs of recovery," Chairman Frederik Wilhelm Mohn said in a statement.

The board of Songa Offshore called on its shareholders to accept Transocean's offer.