Delegates attending a clean-energy conference in Beijing this year pledged to drive the sale of electric vehicles worldwide. 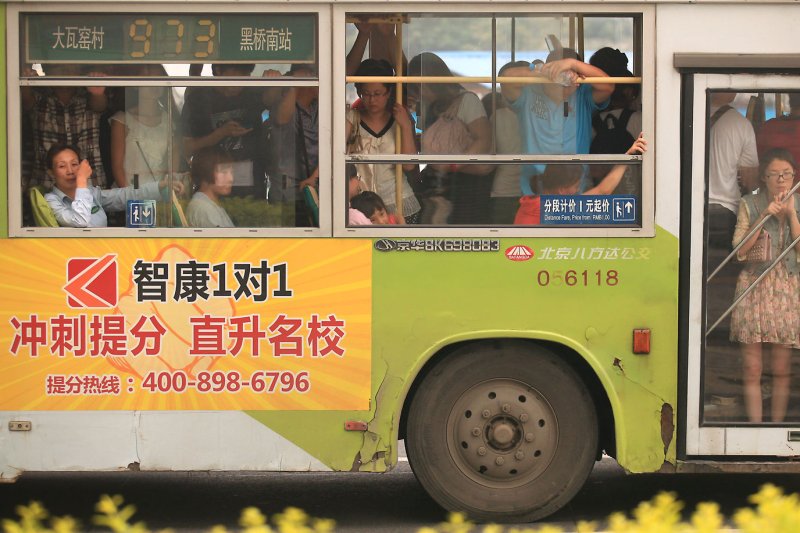 Beijing aims to vastly increase the amount of electric buses in its fleet by the start of the next decade. The city's public transportation system has been stressed by massive urbanization projects. File photo by Stephen Shaver/UPI | License Photo

Aug. 2 (UPI) -- The mass transit fleet of buses in Beijing could expand to roughly 10,000 by the start of the next decade, a director at a public transportation group said Wednesday.

Zhong Qianghua, the deputy managing director for the Beijing Public Transport Group, said each new electric bus in Beijing would eliminate about 45 tons of carbon dioxide emissions every year. There are currently 1,000 electric buses utilized in Beijing.

"The proportion of buses purely powered by electricity among the total public transport vehicles will increase from the current 10 percent to 60 percent in three years," he was quoted by the official Xinhua News Agency as saying.

By way of example, the director said two routes using 50 electric buses carry about 3.5 million people a year and cut about 1,600 tons out of total transport emissions annually.

Beijing has issued a series of so-called red alerts to notify residents that smog is dense enough to warrant a health risk. According to the World Health Organization, Chinese President Xi Jinping has put health at the forefront of government policy, however. The president last year put his signature on the Paris climate agreement and a regional assessment from consultant group Frost & Sullivan said it will be the Asian economies that lead the world in adopting clean energy technology.

A campaign led by North American, European and Asian powers aims to drive the sale of electrical vehicles higher under a plan outlined at a June clean-energy conference in Beijing. Leaders there set a goal of 30 percent new electrical vehicle sales by 2030.

The British and French governments have pledged to do away with new gasoline- and diesel-powered vehicles. Swedish automaker Volvo has also said all vehicles launched from 2019 will have an electric motor.