No growth expected from Saudi Arabia because of its role in a multilateral effort to ease supply-side strains with managed cuts in oil production. 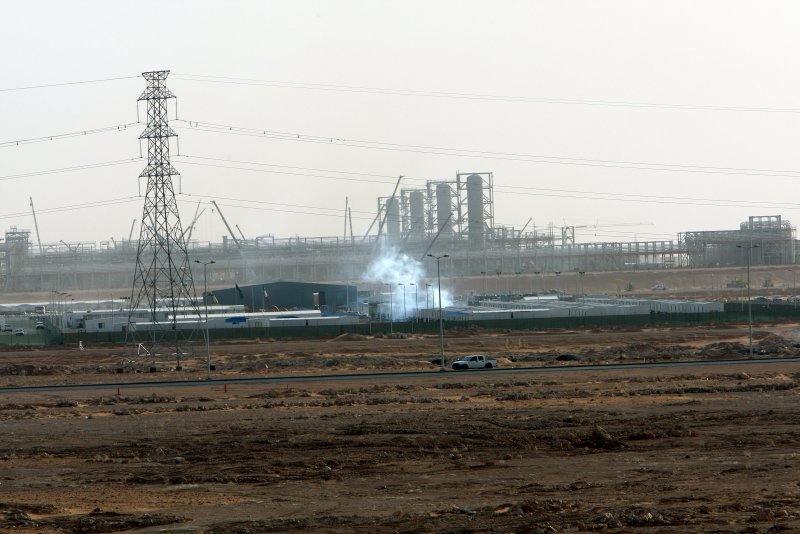 An oil facility seen in the desert at Khurais oil field, about 100 miles from Riyadh, Saudi Arabia. The IMF said major oil-producing nations are under pressure from a weak energy market Photo by Ali Haider/EPA

The IMF offered a mixed picture for global economic growth, projecting net global growth of 3.5 percent this year and 3.6 percent in 2018, forecasts that are unchanged from the April outlook.

"Projected global growth rates for 2017-18, though higher than the 3.2 percent estimated for 2016, are below pre-crisis averages, especially for most advanced economies and for commodity-exporting emerging and developing economies," the IMF reported.

RELATED Russians worried about the cost of living

For the Middle East and North Africa, a region that includes most of the members of the Organization of Petroleum Exporting Countries, the IMF said growth would slow considerably. After posting a growth rate of about 5 percent last year, the IMF said it expects the region to gain 2.6 percent this year, unchanged from the previous forecast, and 3.3 percent next year, a 0.1 percent markdown from the April forecast.

"The recent decline in oil prices, if sustained, could weigh further on the outlook for the region's oil exporters," the IMF's report read.

Robust gains from 2016 were indicative of the easing of sanctions on Iran. The regional forecast from the IMF includes data from Afghanistan and Pakistan.

For Saudi Arabia, the world's largest oil producer and de facto leader of OPEC, the IMF said the economy was adjusting well to the era of lower crude oil prices, as growth is supported by non-oil sectors. Growth in real gross domestic product is expected to be close to zero, the IMF said, because of Saudi Arabia's role in a multilateral effort to balance an over-supplied market for crude oil with managed production declines.

Parties to the effort are meeting in St. Petersburg, Russia, to consider its effectiveness.