Crude oil prices drop below $50 early Friday, but the head of a Russian oil company ruled out deeper production cuts for now.

June 2 (UPI) -- While some major producers can stay competitive in the current market, lower oil prices may be the new normal, a Russian oil leader said Friday.

Strong growth in the U.S. shale oil market and pro-oil policies from the White House are adding to the sentiment that supply-side strains may linger, pushing crude oil prices back below $50 per barrel in early Friday trading.

In May, analytical group Wood Mackenzie found there was a general sense of pessimism even though some markets, like U.S. shale, were more resilient to lower crude oil prices than others. A survey from the group found only about a quarter of the respondents said they were ready to take risks with investments like frontier exploration and most taking part in the survey said they were focused instead on protecting their dividend and strengthening balance sheets.

Igor Sechin, the head of Russian oil company Rosneft, said Friday that some key oil players like his country, Saudi Arabia, Iran and the United States could stay in the game despite the uncertain future for crude oil prices.

"Unfortunately, market uncertainty also leads to an intensified battle for consumption markets, and I have to state that all market participants are preparing for an increase in production and are intensifying the battle for markets," he was quoted as saying in Russian news agency Sputnik.

The Organization of Petroleum Exporting Countries operated before late last year under a policy that pegged higher production to market share defense. That tilted the market heavily toward the supply side and, with U.S. shale oil production expanding, pushed the price of oil below $30 per barrel in early 2016.

OPEC in January started implementing a deal, with assistance from Russia and a handful of other producers, to work to balance the market by limiting how much oil they produce. Crude oil prices came under pressure in late May when parties to the agreement decided to extend the original deal by nine months, rather than make deeper cuts.

Speaking at an economic forum in St. Petersburg, Vagit Alekperov, the lead of Russian oil producer Lukoil, said that extending the agreement was enough to stabilize the market.

"I don't think it will be necessary [to make deeper cuts]," he was quoted as saying by Russian news agency Tass.

Sechin, for his part, added that, from his perspective, the period of lower crude oil prices "is long-term." 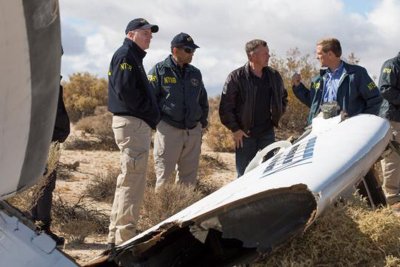