AAA reports that consumer gasoline prices went up for the first time in weeks. 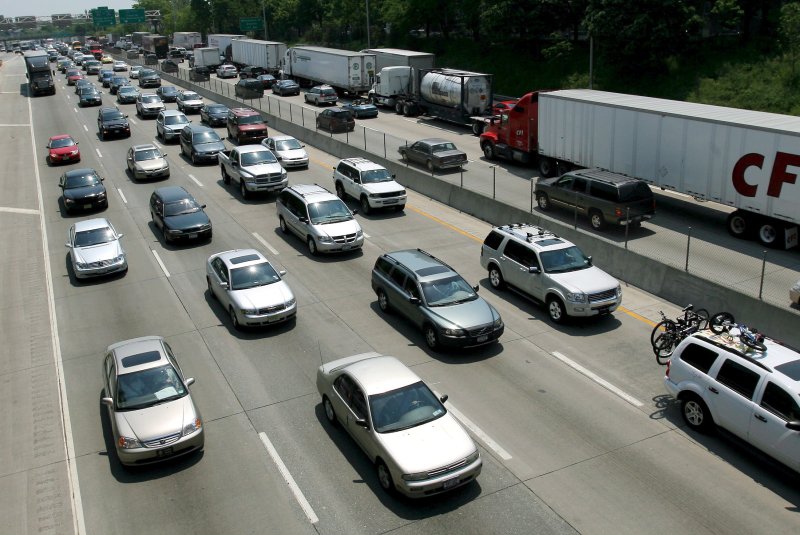 Busy travel weekend in the United States, coupled with a surge in crude oil prices, means consumers are paying more at the pump, AAA reports. File photo by Justin Lane/EPA

The motor club lists a national average retail price for a gallon of regular unleaded gasoline at $2.36 per gallon for Tuesday, up a fraction of a cent from the previous day and 2 cents higher than one week ago. A retail market report from AAA said it was lower supplies and higher crude oil prices heading into the Memorial Day week that was driving prices up for the first time in four weeks.

"The increases are likely the result of rising demand and crude oil prices," the report read. "At least 36 states saw price increases on the week, with national gasoline inventories dropping by 400,000 barrels to 240.7 million."

Retail gasoline prices typically increase ahead of the holiday weekend as expected demand drags on supply levels. AAA expects more than 34 million people will hit the road for the long weekend, about 800,000 more than last year.

By region, the West Coast is the most expensive market in the country and California, which has the highest gas prices in the Lower 48, breached the $3 per gallon mark this week. The state average price of $3.07 per gallon Tuesday is up 3 percent from last week, a trend AAA attributed to low regional supplies. At least three refineries are under maintenance and stockpiles of gasoline are at their lowest point in eight weeks.

Lower inventories in the Great Lakes region added to price pressures in what's the most volatile market in the country. Ohio and Michigan led the pack with weekly price increases, with Ohio drivers seeing the price at the pump climb more than 4 percent from last week. Though overall supplies of gasoline are higher than last year by 700,000 barrels, AAA said the weekly draw on gasoline inventories of 1.5 million barrels was the largest in the country, putting a strain on the supply side.

Looking ahead, parties to a multilateral effort to balance the crude oil market with managed production declines meet this week in Vienna to consider an extension, which could lead to higher crude oil prices. Seasonal consumer demand would add more pressure to gas prices.

"The rise in road travel could pressure pump prices to continue to increase into the summer months," AAA reported.