May 9 (UPI) -- A renewable energy project at a military installation in northern New York shows that biomass is a feasible power solution, the U.S. government said.

The U.S. Energy Department singled out Fort Drum as an example for how biomass could serve to address energy security needs through renewable energy solutions.

"The facility is supplying power to Fort Drum under the terms of a 20-year renewable energy supply agreement that commenced in the fall of 2014," the U.S. Energy Department said in a profile. "At the time of the agreement's signing, the facility was the largest renewable energy project in the history of the U.S. Army."

More than a decade ago, the U.S. Agriculture and Energy Departments announced nearly $17.5 million in funds for 17 biomass research projects. The grants were aimed at developing technologies to help make bio-based fuels cost-competitive with fossil fuels in the marketplace.

Under former President Barack Obama, the Department of Defense in 2014 called for the addition of 3 gigawatts worth of renewable energy to help meet the electricity demands of military facilities. The mandate was part of a broader departmental directive to use renewable energy resources for at least 25 percent of its energy consumption.

In the wake of the 2014 initiative, defense company Lockheed Martin formed a commercial line that would focus on expanding into the energy technology market.

The Energy Department said the Fort Drum operation is covered under an 11-year contract that includes arrangements with local growers to source the fuels needed for the power facility.

"This project marks a significant step forward in demonstrating the commercial viability of short-rotation woody biomass crops," the department said. 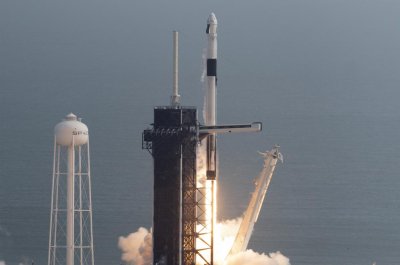