Refinery issues and an OPEC production deal are finally catching up to U.S. travelers, AAA reports. 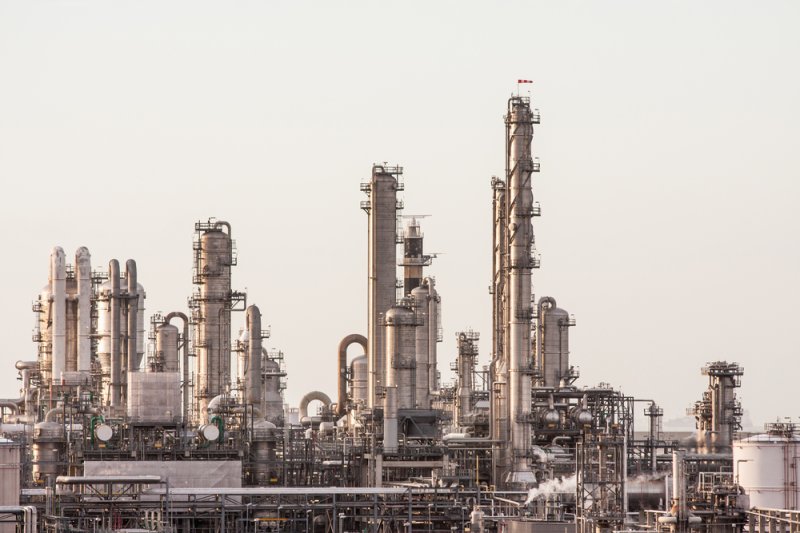 Refinery issues and a switch to a different seasonal blend of gasoline means higher prices at the pump for U.S. consumers, motor club AAA reports. File photo by Oskari Porkka/Shutterstock

April 4 (UPI) -- Maintenance at U.S. refineries and a shift to a more expensive summer blend of gasoline is leading to a spike in retail gas prices, motor club AAA reports.

AAA reports a national average retail price for a gallon of regular unleaded gasoline at $2.33 for Tuesday, up a fraction of a percent from the previous day and 2 percent higher than last week. Gas prices have been relatively stable in recent weeks as a late winter drop in crude oil prices kept some of the pressure off consumers. Retail prices, however, have increased seven of the last eight days.

"Although the increase in prices has been moderate, it is possible this trend could continue as refinery maintenance wraps up, more expensive summer-blend gasoline becomes available and driving demand increases this spring," the motor club said in a weekly retail market report.

The summer blend of gasoline requires more steps to prevent evaporation during the warmer summer months and prices at the pump can be fluid as retail service stations unload their inventory of winter gas.

The West Coast market remains the most expensive in the country, with California taking top honors in the Lower 48 with a retail average of $2.98 per gallon. At least three area refineries are undergoing planned or unplanned maintenance that could last until late March in some cases. By AAA's estimates, the retail price for gasoline in California and the rest of the northwest United States is expected to rise because of refinery issues.

With a regional shift to summer gas under way, the Great Lakes states maintain their distinction as the most volatile market in the country. Ohio, Michigan, Indiana and Illinois all saw prices jump at least 11 cents per gallon from last week. Adding insult to injury is the repair of pipelines feeding the region, which could create tight supplies throughout the Midwest.

On the broader oil markets, trends are not working in the consumer's favor. Parties to an agreement led by the Organization of Petroleum Exporting Countries to stem production in an effort to erase a glut of crude oil on the market are expressing widespread solidarity for the deal, pushing the price of oil higher. Crude oil prices make up a large component of what consumers see at the pump and the price for Brent crude oil, the global benchmark, was up almost 1 percent in early Tuesday trading.