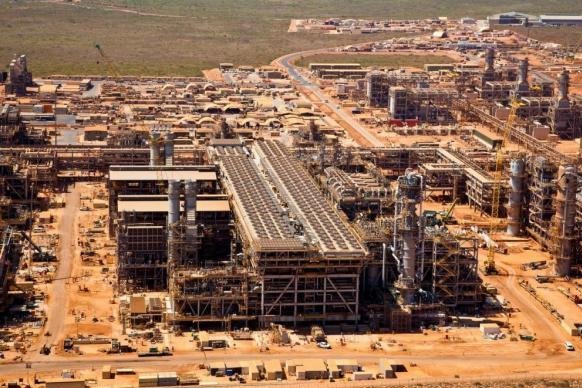 Chevron starts operations at the third liquefaction facility at its flagship Gorgon project in Australia. Photo courtesy of Chevron.

March 29 (UPI) -- The third production facility at the Gorgon liquefied natural gas facility off the Australian coast is now in service, the regional subsidiary of Chevron said.

"This is a key milestone for the Gorgon joint venture participants, our workforce, customers, government and all those associated with the project over its lifetime should be extremely proud," Nigel Hearne, Chevron's regional managing director, said in a statement. "We are committed to being a safe and reliable supplier and look forward to supplying cleaner-burning natural gas for decades to come."

The project will eventually produce 15.6 million tons of LNG per year, a fuel described by Chevron as "essential" for markets across Asia.

China is expected to become the largest importer of energy in the world by 2035 and Chevron already has an agreement with China Huadian Green Energy for the delivery of up to 1 million metric tons of LNG per year over 10 years, starting in 2020.

Gorgon had a series of setbacks last year. Operations were shut down in April at one of the trains because of mechanical issues.

Chevron supplies the area with about 10 percent of its natural gas. Its Wheatstone project should build on the company's footprint when it starts servicing the domestic Australian market by 2018.

In early March, the company told analysts in New York that, after heavy losses last year, it would be generating cash by next year.

"We'll do this by operating safely and reliably, successfully starting-up and ramping-up projects, and high-grading our investment opportunities," Jay Johnson, the executive vice president for exploration and production said. "Gorgon, Wheatstone and other projects are progressing well."