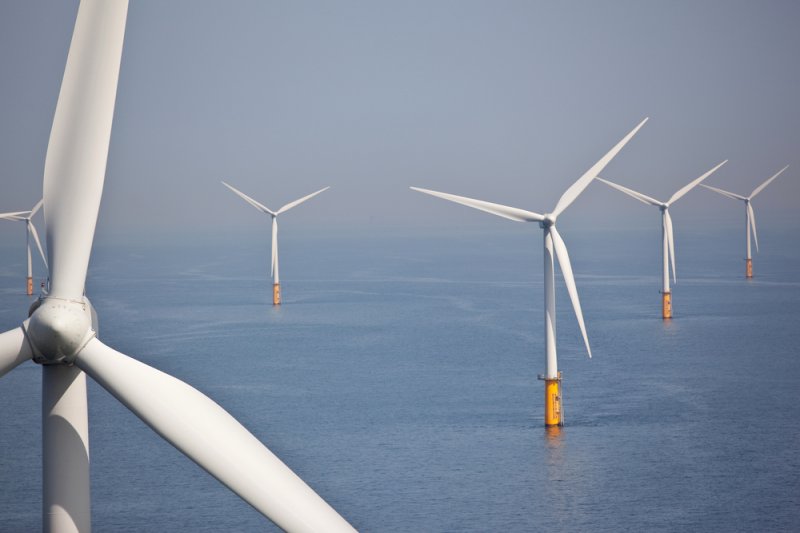 A $9 million bid secures the right to develop wind energy off the coast of North Carolina, a move a trade group hailed as a form of economic stimulus. File photo by Teun van den Dries/UPI.

March 17 (UPI) -- The results of an auction for the right to develop wind energy offshore North Carolina makes it a major low-carbon economic stimulus, a trade group said.

Avangrid Renewables was the winner of an auction for a lease area offshore Kitty Hawk with a $9 million bid to develop wind energy in federal waters. Nancy Sopko, director of offshore issues for the American Wind Energy Association, praised the auction for its economic benefits.

The United States lags behind other nations with maritime territory when it comes to wind energy development offshore. The nation's first offshore wind farm, Block Island, started operations off the coast of Rhode Island in December

Avangrid Renewables has about 6.5 gigawatts of wind, solar and other renewable generation facilities in service or under development in the United States and already operates one wind farm onshore North Carolina.

The North Carolina Department of Environmental and Natural Resources said it appreciated the opportunity to host offshore wind, but moving power offshore would require "extensive infrastructure at a significant cost to the state."

According to the department, it would cost about $1.3 billion to build the transmission lines necessary to link to offshore wind.

Avangrid has four years to submit a construction plan to the federal government, but only after it submits a site assessment plan for approval.