Total teams up with Brazil's Petrobras

March 1 (UPI) -- French energy company Total announced alongside its Brazilian counterpart, Petrobras, both sides were teaming up in a $2.25 billion joint venture agreement.

"These new partnerships together with a reinforced technological cooperation should create significant synergies and values, mutualizing our operational excellence and further reducing costs on our joint projects for the benefit of both companies," Total CEO Patrick Pouyanne and Petrbras CEO Pedro Parente said in a joint statement.

Total's payments to Petrobras include $1.6 billion in cash. The Brazilian company, known formally as Petroleo Brasileiro, handed over enough of a stake in some of its more lucrative fields so that Total is a minority partner.

The Brazilian company said the joint venture agreement with Total aligns with a five-year plan to improve its financials and mitigate risks. For Total, the partnership gives it a solid footing in field developments, including the offshore Santos basin.

Total's fourth quarter adjusted net income was up 16 percent year-on-year, though full-year income was down 21 percent from 2015. This week, the company said it was capitalizing on improved energy market conditions by selling off mature assets in Gabon, a member of the Organization of Petroleum Exporting Countries, to Anglo-French company Perenco for $350 million.

Petrobras said in 2015 that it aims to move past a "sad chapter" after taking a massive loss in a graft scandal. In December, after selling off some of its subsidiaries in Mexico for a combined value of $385 million, the company said its divestment program was about $1 billion short of the target for the year. 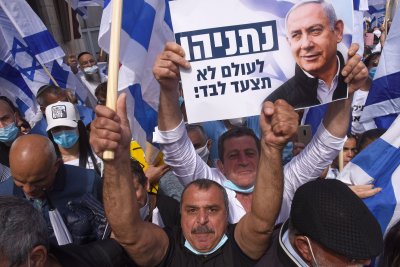