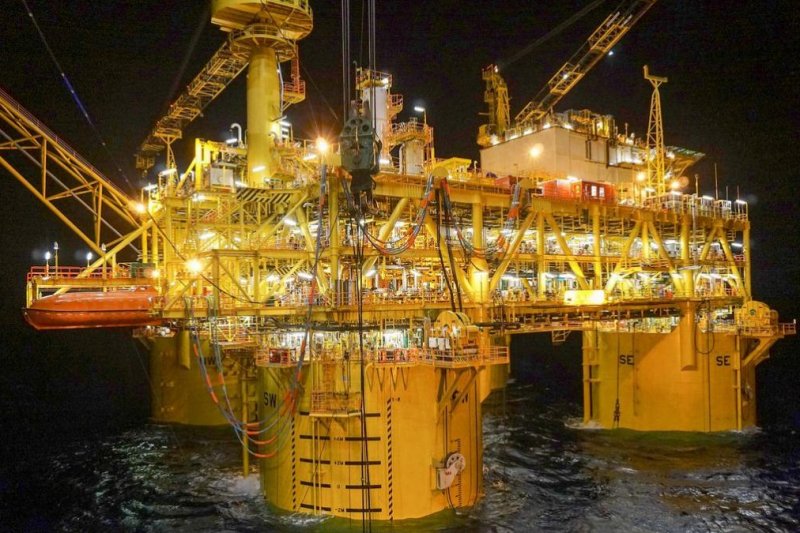 THE HAGUE, Netherlands, Dec. 14 (UPI) -- Tapping the deep-water oil prospects off the coast of Malaysia is indicative of the confidence of growth from those basins, Royal Dutch Shell said.

Shell said it started oil production from the Malikai facility about 60 miles off the coast of Malaysia. It's the company's second such project in Malaysia and the first of its kind for Shell outside the U.S. waters of the Gulf of Mexico.

Andy Brown, a director for exploration and production for Shell, said in a statement the start of operations in deep Malaysian waters marks a milestone for the company.

"The project has demonstrated our capability in delivering competitive deep-water projects utilizing our global expertise," he said.

Shell in August sold its entire stake in three blocks known collectively as the Brutus/Glider assets in the Gulf of Mexico. A few weeks later, however, the company started production from the Stones development in the Gulf of Mexico, which by the end of the year should be producing around 50,000 barrels of oil equivalent per day.

The Malaysian project is expected to have a peak production rate that's 20 percent higher than the Stones development.

Globally, Shell said it views deep offshore projects as a growth priority where it produces an average 600,000 barrels of oil equivalent per day.

"Deep-water production is expected to increase to more than 900,000 boe per day by the early 2020s from already discovered and established reservoirs," the company stated.

The start of operations offshore Malaysia follows a report from consultant group Wood Mackenzie that found energy companies are getting more strategic with their investments in an era when oil prices, despite major recovery, are still well below the $100 per barrel mark common just three years ago.

Wood Mackenzie said it expects about $40 billion will go toward exploration next year, about the same as this year. More than half of the new volumes next year could come from deepwater basins, where the bottom line shows potential at less than $50 per barrel for oil.