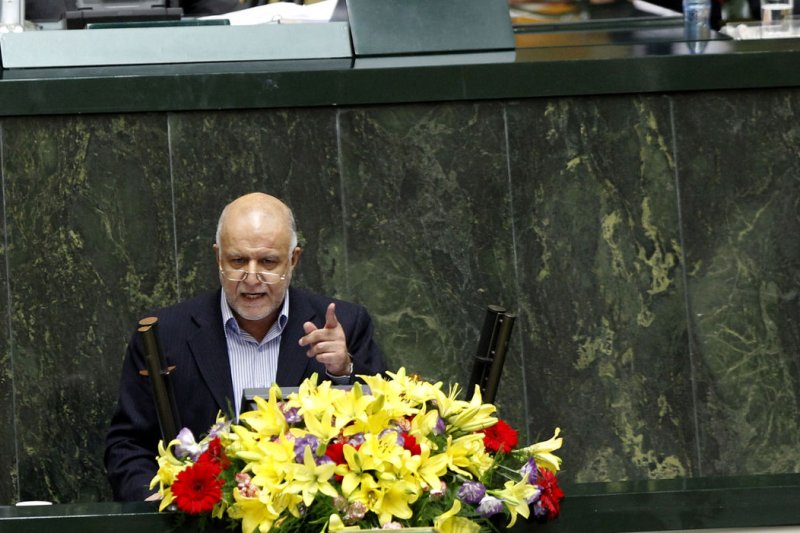 According to the Organization of Petroleum Exporting Countries, of which Iran is a member, secondary sources reported total crude oil production at around 3.7 million barrels per day, about a half percent higher than the previous month. According to Oil Minister Bijan Zanganeh, the figure was closer to 4 million bpd, a level he said was near Iran's peak from before nuclear-related sanctions were enacted in 2012.

"We have neared the [pre-sanctions] level," he was quoted by the Oil Ministry's news website SHANA as saying.

Iran did not report its production levels for September directly to OPEC, whose members are reviewing coordinating with non-member states to hold production levels steady. Iran in the past has expressed reservations about cooperating with such a deal, saying it needed to regain a market share lost to sanctions.

Zanganeh said production cuts were not a matter up for consideration and any concrete figures for Iran would be discussed when parties to an OPEC output proposal reached last month in Algeria meet next in November.

Iran told OPEC it produced 3.63 million bpd in August, about 10,000 bpd less than reported by secondary sources. Iran aims to boost crude oil production to around 5.7 million bpd by 2021.

Zangeneh said new deals with foreign companies could be signed by March under the new contract terms.