On Algerian production accord, Tehran said it's up to other producers to make it a reality. 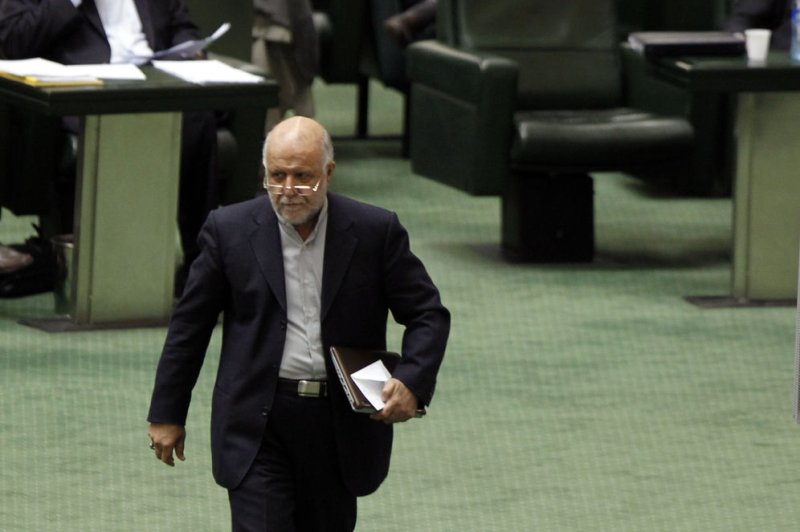 Iranian Oil Minister Bijan Zanganeh says to expect formal contracts for oil work in his country to emerge before the end of the calendar year. File photo by Maryam Rahmanian/UPI | License Photo

Foreign companies are busy studying the possibility of signing deals to work in the Iranian sector, with ink to paper expected by March, the oil minister said.

"Based on several confidential contracts, which have been signed so far, foreign companies are busy studying fields [in Iran]," Oil Minister Bijan Zanganeh was quoted by the ministry's news website SHANA as saying.

The minister said any new contracts that emerge officially would be signed before March 20, the end of the Iranian calendar year. New domestic contracts, meanwhile, envision field development plans that could boost output at the reservoirs in question from 185,000 barrels of oil per day to 260,000 bpd.

Iranian oil exports have increased substantially since December, the month before Western-backed sanctions were eased after confirmation the country was meeting its international nuclear research assurance obligations. Even with new contracts on the horizon, the Islamic republic has faced stiff competition from rival producers defending their own consumer base.

In early September, the National Iranian Drilling Co. secured the right to drill 20 wells over the next two years in the South Azaegan oil field, which Iran estimates to hold about 6 billion barrels of recoverable oil reserves.

The Iranians said their national oil company has now scheduled six drilling rigs for the purpose of developing the border area.

Last week, Iran joined fellow members of the Organization of Petroleum Exporting Countries in supporting an agreement to hold net output from its 14 members states in an effort to put a floor under crude oil prices. Iran said it won't have to cut its production as it looks to regain a market share lost to sanctions.

In reference to the deal, Zanganeh said it was up to other producers to give weight to the agreement reached last week in Algeria.

"Cooperation on part of the non-OPEC states can be effective," he said.

RELATED Growth rate cut for one of OPEC's newest members