Giant Kazakh oil field to be in production by year's end

Problems at one of the world's biggest oil fields started almost immediately. 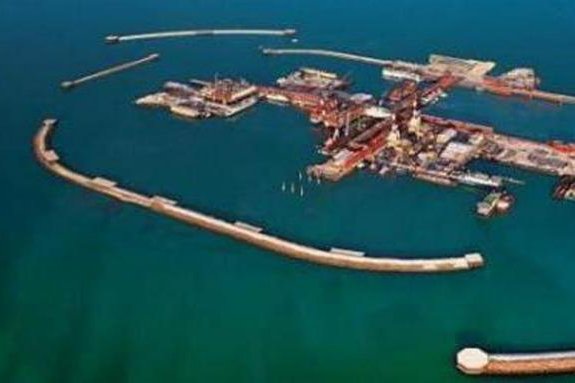 Operations at one of the largest, and perhaps most challenging, oil field in the world are expected to resume by the end of this year. Photo courtesy North Caspian Operating Co.

ASTANA, Kazakhstan, Sept. 27 (UPI) -- A spokesperson for a company overseeing the giant Kashagan oil field in the Kazakh waters of the Caspian Sea said production will resume by year's end.

Kazakh Energy Minister Kanat Bozumbayev said some of the wells at the offshore field could start opening up in the latter half of October. Production at Kashagan, which holds an estimated 16 billion barrels of oil, was halted in October 2013, less than a month after it started, when a pipeline associated with the field cracked open.

Ainash Chengelbayeva, a spokesperson for the North Caspian Operating Company, said in response to emailed questions the field is all but ready to go into service.

RELATED Growth rate cut for one of OPEC's newest members

In 2014, when crude oil prices were above $100 per barrel, Kazakhstan produced around 590 million barrels of oil.

Prospects for Kashagan were lowered somewhat because of the technical challenges of operating in an environment rich in corrosive hydrogen sulfide. Experts reviewing pipeline issues at the field said it may cost as much as 15 times more than initially expected to restart the field.

The spokesperson said the pipeline replacement was completed ahead of schedule and within budget.

A June report from the World Bank said economic decline in Kazakhstan has been broad-based, with gross domestic product declining from 4.1 percent in 2014 to 1.2 percent in 2015. During the first five months of this year, the bank said the economy contracted another 0.2 percent.