Kremlin: Nothing yet on privatizing oil company

Putin ally is said to have made a $5 billion cash offer for oil company Bashneft. 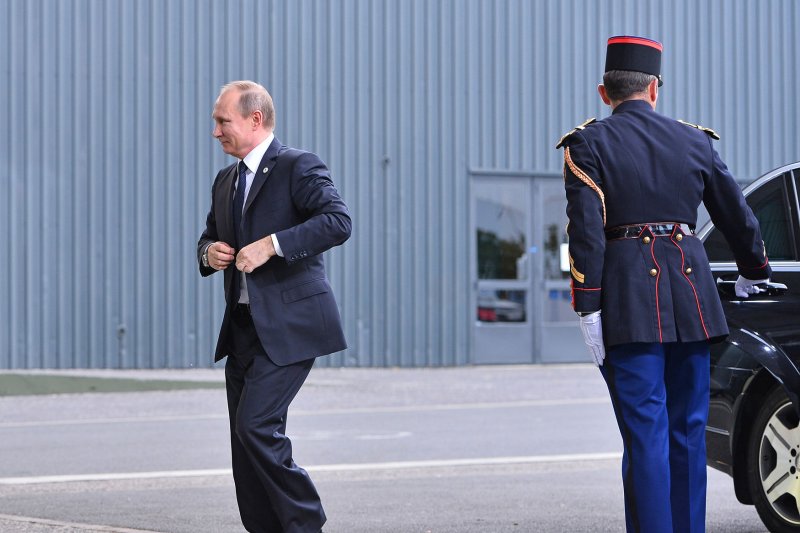 Russian President Vladimir Putin has made no moves yet on privatizing an oil company despite a cash offer. Photo by David Silpa/UPI | License Photo

MOSCOW, Aug. 30 (UPI) -- The Kremlin has yet to make any definitive decisions on the privatization of one of the country's bigger oil companies, a presidential spokesman said Tuesday.

The Kremlin has been reviewing privatization options as the Russian economy risks lingering in recession because of the strains brought on by Western sanctions and low crude oil prices. In May, Russian President Vladimir Putin issued an executive order that permits the sale of the first 50 percent stake of oil company Bashneft, but has so far not pressed the issue.

"The president did not make any decisions about it," presidential spokesman Dmitry Peskov was quoted by Russian news agency Tass as saying.

Referring to statements made by "senior officials," news agency Bloomberg reported Igor Sechin, a long-time Putin ally and the head of Russian oil company Rosneft, offered $5 billion in cash for a major stake in the smaller Bashneft.

Sechin last year asked the Kremlin to use a national welfare fund to support the growing debt for a Rosneft struggling under economic pressures. One of the top producers of crude oil in the world, the Russian company last reported a net profit of about $224 million, off 75 percent from last year.

China National Petroleum Corp. may be among the potential buyers for the Russian government's stake in Rosneft, though little information has surfaced about Bashneft since details of a potential divestment surfaced in April.

Revenue for Russia will help the country overcome economic stress. The International Monetary Fund described Russia's economy as among the hardest hit by the decline in energy.