Older model rail cars involved in accidents like the 2013 disaster in Lac-Megantic. 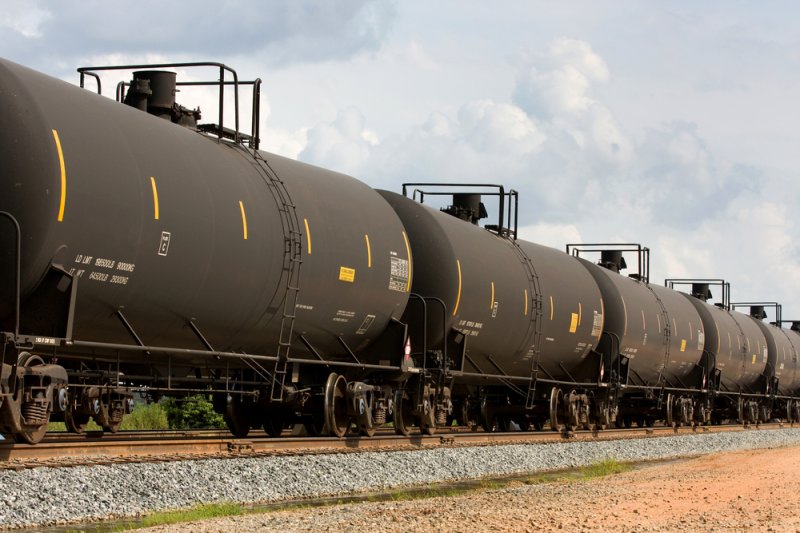 OTTAWA, July 26 (UPI) -- Getting older rail cars that carry crude oil out of service quicker means eliminating the weakest link in the chain of safety, the Canadian government said.

"By removing the least crash resistant tank cars in service, we continue to modernize how dangerous goods are shipped in Canada and further protect Canadians and their families who live near Canada's rail network," he said in a statement.

The Canadian government issued new regulations in 2014 aimed at increasing safety on the Canadian rail system. The measure from regulator Transport Canada started with an order to remove around 5,000 tanker cars designated DOT-111 from service immediately.

DOT-111 cars were involved in a series of oil-train incidents in both the United States and Canada, including a deadly 2013 crash in Lac-Megantic, Quebec. The U.S. National Transportation Safety Board said older rails classified as DOT-111 may rupture too quickly when exposed to fires associated with derailments.

Last year in Canada, more than 146,000 carloads of crude oil, or about 104 million barrels, were delivered by DOT-111 cars. The Canadian government said they'd be replaced by cars with thicker steel and better thermal protection, such as model TC-117.

The rail industry owns the bulk of the tank cars travelling by rail and therefore is responsible for any updates to their fleet. Michael Bourque, the president and CEO of the Railway Association of Canada, said the government's plan, which was in step with similar efforts in the United States, was an effective and welcome step at improving rail safety.

The Canadian government's directive mandates the complete elimination of DOT-111 for carrying flammable liquids by early 2025.