Tight purse strings in part behind a move to delay a final investment decision. 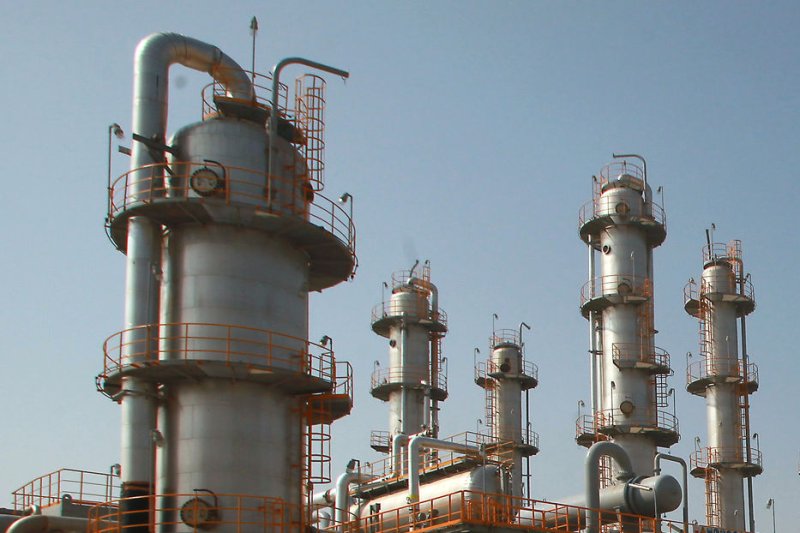 Shell and its joint venture partners in Asia said they're holding off on making a final investment decision for an LNG port on Canada because of market constraints. File photo by Stephen Shaver/UPI | License Photo

CALGARY, Alberta, July 12 (UPI) -- Capital constraints are in part behind a decision to delay a final investment decision for a gas export facility in Canada, a Shell joint venture said.

LNG Canada, a joint venture between Shell and Asian energy partners, said it was delaying a final investment decision indefinitely for a liquefied natural gas terminal in British Columbia.

"In the context of global industry challenges, including capital constraints, the LNG Canada joint venture participants have determined they need more time prior to taking a final investment decision," an emailed statement said. "At this time, we cannot confirm when this decision will be made."

After completing its merger with British energy company BG Group this year, Shell said the industry as a whole is facing tough times in part because of sluggish economic growth and weak energy prices.

RELATED U.S. gas prices at 12-year low for this date

Shell teamed up with its Asian partners in 2012 to develop a proposal for an LNG export hub in western Canada. The project would consist of two LNG processing units that could produce as much as 6 million tons of super-cooled gas per year each and, with Asian economies among the largest consumers of LNG in the world, Shell's partners at the time said the project would be a valuable asset.

The export facility for LNG was envisioned for Kitimat on the west coast of British Columbia. Some provincial lawmakers and First Nations had objected to regional oil and gas ambitions, however, saying they posed a threat to the regional environment.

Roughly a year after the project was proposed, the independent National Energy Board in Canada approved the 25-year export license for the project consortium, finding domestic markets were robust enough to cope with the volume of gas leaving the country.

A June report from the NEB found that, even with the addition of LNG, exports from Canada are expected to drop substantially in the years ahead. According to a reference case projection from the NEB, net pipeline exports of natural gas from Canada could "essentially" vanish by 2040.

The provincial economy for British Columbia, meanwhile, could face headwinds because of fluid prices for LNG, the NEB found.

The joint venture maintained the project represented a "promising opportunity" for the companies involved and the region.