Moody's: Ghana could capitalize on oil and gas 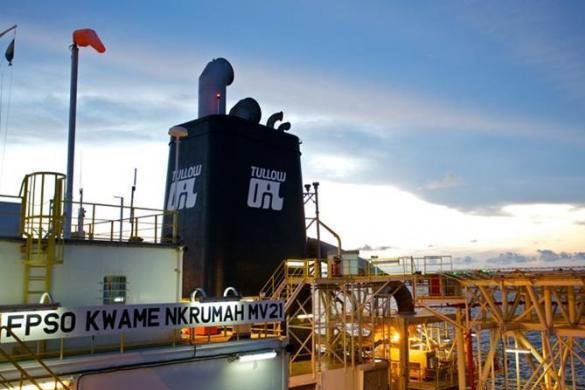 Moody's finds the financial strength for Ghana is low, but country could find stimulus from its oil and gas reserves. Photo courtesy of Tullow Oil.

Moody's assigned Ghana with a rating of B3, considered high risk, and gave the country a negative outlook because of its high debt burning and overwhelming financial needs.

A World Bank report notes the Ghanaian government cut its fiscal deficit by three percentage points to 7.1 percent of its total gross domestic product last year. This year, it aims to cut that to 5.3 percent of GDP, though that goal was revised lower from 5.8 percent because of a large amount of public debt.

Elisa Parisi-Capone, the Moody's analyst who wrote the report on Ghana, said the country's financial needs are mounting at the same time that funding conditions, both internal and external, are tightening.

"Ghana's credit profile is also exposed to lower-for-longer commodity prices," she said in a statement.

Lower oil prices, off about 50 percent from their peak in 2014, are squeezing the revenue stream from countries rich in energy potential. The ratings agency said it expects the country's GDP will grow from an expected 5.1 percent in 2016 to 6.5 percent in 2017. GDP growth was 3.9 percent in 2015, when oil prices started to collapse.

British energy company Tullow Oil is working to develop the Jubilee field off the Ghanaian cost. Considered one of the larger fields in the region, the company expects to produce about 80,300 barrels of oil per day on average, though that level was revised lower from an estimated 101,000 bpd. The planned mid-2016 startup of its Tweneboa Enyenra Ntomme, or TEN field, off the coast of Ghana, could yield another 80,000 bpd for Tullow.

"Ghana's expanding oil and gas production will help to spur economic growth in the coming years," Moody's said in its profile.