Beyond a certain percentage of the market, report finds integration can be difficult. 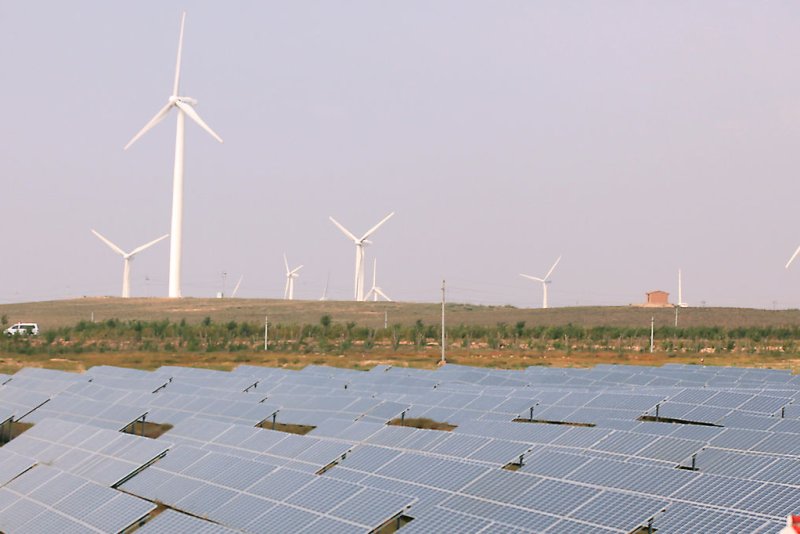 New problems emerging on the grid as more sources of wind and solar power come online across the globe, the IEA finds in a 40-page market report. UPI/Stephen Shaver | License Photo

SAN FRANCISCO, June 2 (UPI) -- A report from the International Energy Agency finds that new problems are emerging as the sector for wind and solar power matures technologically.

An April report from the IEA on electricity trends across the Organization of Economic Cooperation and Development and found an increase of 77 terawatt-hours of power generated from wind resources from 2014, the largest increase recorded by the Paris-based agency. The majority of the new wind-generated electricity occurred in European members of the OECD.

A new report issued from the sidelines of a clean-energy conference in California finds similar trends emerging for solar power. Combined, the report said, wind and solar power are the fastest growing sources of new electricity worldwide as technology advances and installations become more affordable.

The IEA finds success, however, comes with new challenges. As long as variable renewable energy resources like wind and solar account for a few percentage points worth of total electricity, integrating those forms of energy into the grid poses few challenges.

"Electricity generation from both technologies is constrained by the varying availability of wind and sunshine," the report read. "This can make it difficult to maintain the necessary balance between electricity supply and consumption at all times."

The IEA finds the inherent variable properties of wind and solar create market complexities for power systems, which may hinge in part on the flexibility to adapt to wide swings in the balance between supply and demand.

The report calls for a system-wide paradigm shift in managing the power system.

"As wind and solar power enter their next generation of deployment, policy objectives need to be revised," it said. "Comprehensive policy, market and regulatory frameworks are needed to catalyze the transition of the power and wider energy system."