Alberta Environment Minister Shannon Phillips spells out terms of carbon levy meant to fund a provincial effort to advance a low-carbon economy. Photo courtesy of the provincial government of Alberta.

EDMONTON, Alberta, May 25 (UPI) -- As wildfires smoldered in oil-rich areas of the province, Alberta's government said it was proposing a tax regime that would help create a greener economy.

"Our plan to reduce carbon pollution will diversify the economy, create jobs, protect the health of Albertans and erase any doubt about Alberta's environmental record," Shannon Phillips, the provincial minister for climate change, said in a statement.

Under so-called Bill 20, some households in Alberta would pay up to $80 per year in extra taxes on fuels to raise revenue the government said it would only use to reduce greenhouse gas emissions or back Alberta's ability to adapt to climate change.

More than 60 percent of the households in the province would get some form of rebate under the proposal. Nevertheless, Brian Jean, the Wildrose representative from Fort McMurray and the leader for the opposition, said the levy puts the burden on the Albertans who can least afford it.

"Albertans are hurting across the province and many families are waking up wondering if they will be able to hold on to their job by the end of the month," he said in a statement.

With crude oil prices still well below levels from two years ago, the provincial government estimated the economy, measured in real gross domestic product, will shrink by 1.1 percent this year, after a 1.5 percent decline for full-year 2015. The total revenue forecast for the fiscal year of $31.2 billion is $478 million lower than estimated in the budget last year.

Provincial Finance Minister Joe Ceci said non-renewable revenue could decline by up to 90 percent, a squeeze he said could "have profound consequences for generations to come."

Phillips countered the levy is the "right thing to do" for future generations that may have to deal with the impacts of climate change, which may have contributed to the outbreak of wildfires in the Fort McMurray area this month.

In its latest estimate, the provincial government said about 2,000 square miles is covered by fires, including about 10 miles in neighboring Saskatchewan. Fires in Fort McMurray remain out of control.

The region is at the heart of the Canadian oil sands industry and the fires forced thousands of workers and tens of thousands of citizens to evacuate. The government this week said oil-sands workers can start returning to the area and residents can return home starting June 1.

Up to 1 million barrels per day worth of Canadian oil production were impacted by the Fort McMurray fires. 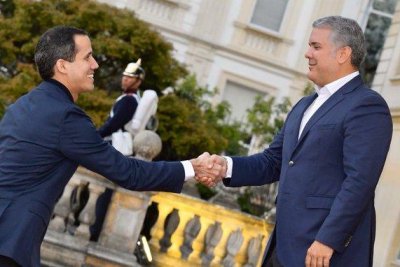