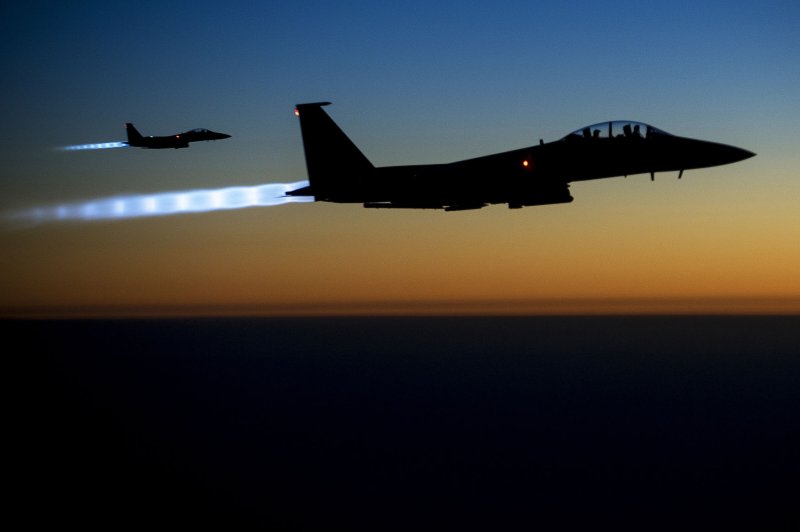 WASHINGTON, April 14 (UPI) -- Thousands of airstrikes against Islamic State targets in Iraq and Syria have curbed the group's ability to fund operations through oil, the White House said.

As the president spoke before the Central Intelligence Agency, White House spokesman Josh Earnest said the United States and its regional strategic partners have carried out more than 11,500 strikes on the Islamic State to date.

The terrorist group is said to generate anywhere between several hundred thousand dollars to as much as $2 billion in illicit oil trade. The Islamic State, known also as Daesh, ISIS or ISIL, which once controlled large parts of Iraq and Syria, generates revenue by selling oil on the black market at a deep discount.

"This essentially black market for oil that [the group] capitalized on, according to some analysts, actually was responsible for financing about a half of their operations," he said. "And we've been able to deal a significant setback to their ability to sell oil on the black market."

More than two years ago, David S. Cohen, undersecretary for terrorism and financial intelligence at the Department of the Treasury, said financial pressure could diminish the Islamic State's operational capacity in the region.

In his Wednesday night address at the CIA, President Barack Obama said strikes against Islamic State oil wells, refineries and supply lines were disrupting the group's ability to finance its move to gain influence over the region.

"We've reduced their oil production and their oil revenue," he said. "And every dollar we deny them means one less dollar to pay their fighters and to fund their terror."

The president added, however, that the only way to destroy the group was to end the hostilities in Syria, which grew out of the so-called Arab Spring in 2011.