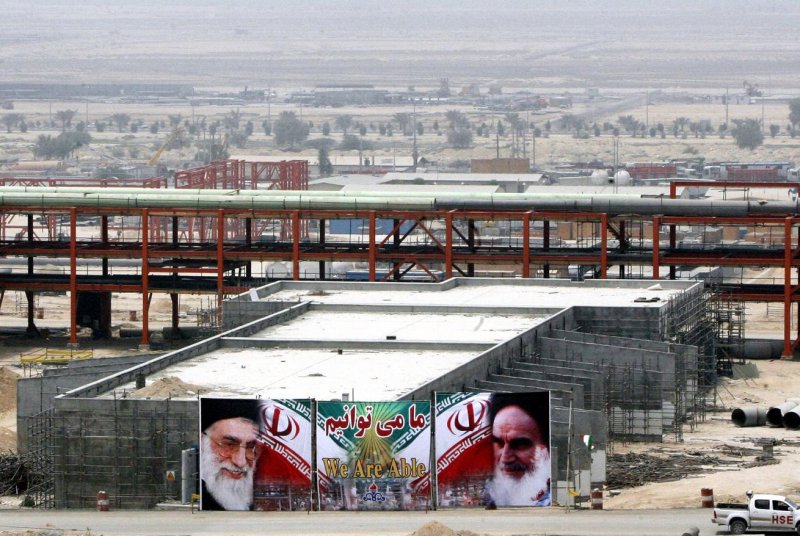 Iran says it has no problems with U.S. companies operating in its energy sector, though Washington is so far keeping the doors closed. File Photo by Maryam Rahmanian/UPI | License Photo

TEHRAN, March 14 (UPI) -- Energy companies with U.S. headquarters are welcome to do business in Iran, though sanctions may be prohibitive, the country's oil minister said.

Iranian Oil Minister Bijan Zangeneh confirmed the state-run National Iranian Oil Co. was in talks with General Electric on the possibilities in the Iranian oil and gas sector.

"In general, we have no problem with the presence of American companies in Iran," Iran's Press TV quoted the minister as saying. "But it is the American government that is creating restrictions for these companies."

A July nuclear agreement between the five permanent members of the U.N. Security Council, plus Germany, and Tehran could eventually release full sanctions pressure on the Iranian oil sector. The minister said following the deal that "all international" energy companies were welcome in Iran, though few U.S. companies had expressed interest.

As U.S. legislators debated the agreement last year, Iranian Supreme Leader Ali Khamenei warned no U.S. company would be allowed to establish a foothold inside the country.

Sanctions were relaxed earlier this year by Europe, giving several regional companies an opportunity to get an early start on establishing business ties with Iran. Existing U.S. sanctions restrict financial mechanisms for working with the Islamic republic, however.

"Iran is a big market from an oil and gas perspective," Iran's oil minister said. "We will abide by the sanctions."

RELATED Oil rallies beyond the $40 per barrel mark

There was no comment from GE Oil & Gas on the potential for work in Iran's energy sector. A 2011 profile of the company's available services outlined operations in a steel plant in Iran related to the metals industry.