Oil rallies beyond the $40 per barrel mark

NEW YORK, March 8 (UPI) -- Signs of growth in the European Union and a downturn in the U.S. shale sector pushed crude oil prices higher Tuesday, with Brent holding above $40 per barrel.

Crude oil prices recorded a strong rally Monday on the back of positive growth plans from China, where economic stagnation caused concerns about the pace of growth on the global market.

Eurostat, the statistics office for the European Union, reported fourth quarter growth of 0.3 percent for the 19 countries that use the euro. That's on par with third quarter growth and, compared with last year, seasonally adjusted gross domestic product increased 1.6 percent in the euro area.

While below the 2 percent growth level most policymakers consider healthy, the European Union is moving along a similar economic course as the United States.

Crude oil prices posted early gains for a third straight day, sustaining the momentum from Monday's major rally. Brent crude oil moved up 0.6 percent before the start of trading in New York to $41.09 per barrel, an upward movement of 5.3 percent from the opening bell Monday. West Texas Intermediate, the U.S. benchmark for the price of crude oil, edged up 0.2 percent to $37.97 per barrel before trading began on Wall Street.

A drilling productivity report from the U.S. Energy Information Administration gave additional strength to recent rallies. The EIA said it expected total U.S. crude oil production to decline 2 percent in April. Output from two of the more lucrative shale basins in the country -- the Bakken reserve area in North Dakota and the Eagle Ford formation in Texas -- are showing steady declines, the monthly drilling report found.

According to data from the U.S. Bureau of Economic Analysis, total spending on U.S. mining and exploration dropped 35 percent last year for its second-largest year-on-year decline in more than a half century.

The EIA in January said U.S. oil production is expected to drop steadily though most of 2017. In its latest forecast, the administration said it expects Brent crude oil to average $40 per barrel for the year, with WTI selling at a $2 discount to Brent. 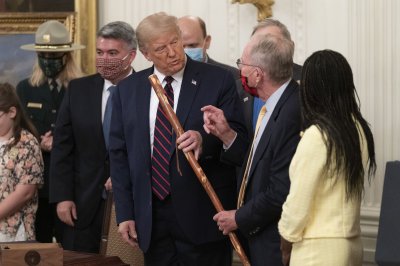