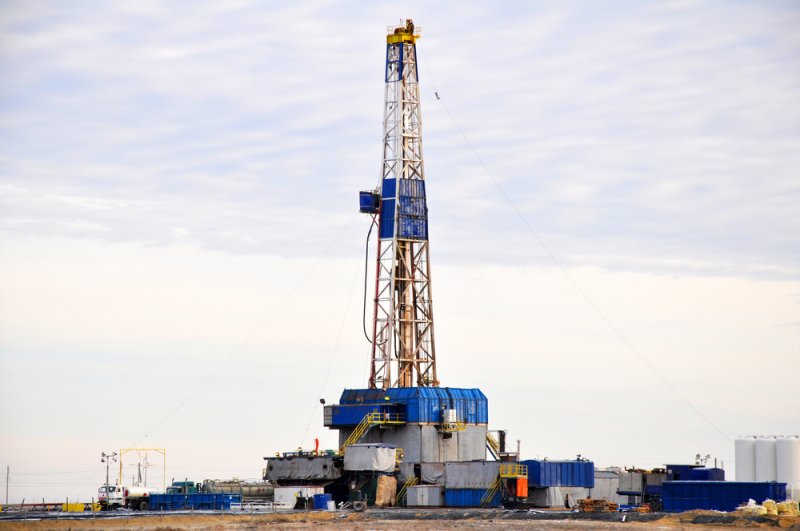 North Dakota continues to shed rigs as crude oil prices remain far below peak levels from mid-2014 above $100 per barrel. Photo by photostock77/Shutterstock

The state government shows 42 rigs in service as of Monday, down two from the number reported last week. The all-time low point is zero and the current rig count breaks the most recent low of 45 reported in August 2009. On this date in 2012, the state reported 202 rigs were actively exploring for or producing oil or natural gas in the state.

Crude oil price volatility suggests markets may be approaching their bottom, though prices are still around 70 percent below mid-2014 levels above $100 per barrel. West Texas Intermediate, the U.S. benchmark for the price of crude oil, was trading near $30 per barrel early Monday.

Continental Resources, one of the largest energy companies working in North Dakota, said weakness in the energy sector will manifest itself in a slow decline in overall production through 2016.

The North Dakota Industrial Commission said operators working shale basins in the state are committed to deploying few rigs across the state as low crude oil prices put negative pressure on the industry.

North Dakota oil production for November, the last full month for which data are available, was relatively unchanged from the previous month at 1.17 million barrels per day, but about 4 percent below the all-time record set in December 2014.

The state government in mid-November reported 64 rigs in active service in the state.