Iran ahead of the game, Moody's finds 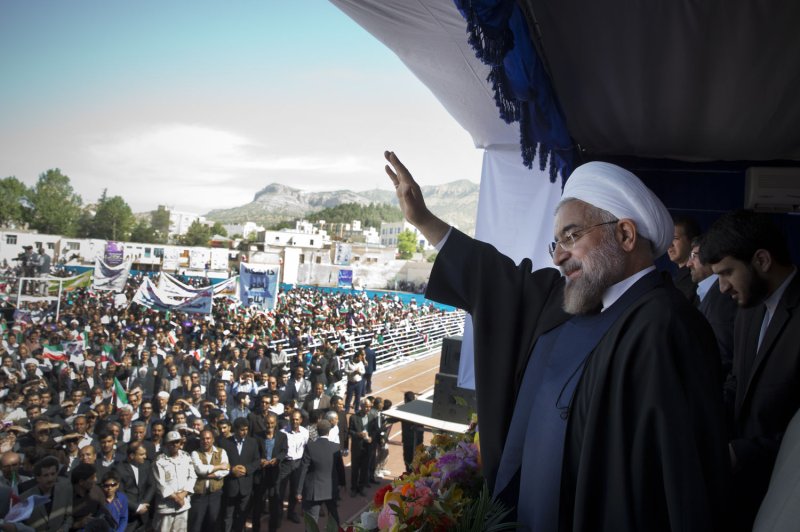 Iranian President Hassan Rouhani helping to steer an economy that may have been honed for navigating the weak oil economy by sanctions, Moody's finds. File photo by Maryam Rahmanian/UPI | License Photo

Moody's Investor's Service said the Iranian economy is more diverse than other oil exporters in the region.

"International sanctions meant that Iran had to adapt to the reality of lower oil revenues and implement structural reforms much earlier than other oil-exporters," Atsi Sheth, an associate director with Moody's, said in a statement from Singapore. "Most other oil-dependent sovereigns are only just beginning to consider structural fiscal reform."

Iranian President Hassan Rouhani wrapped up a tour of European nations after sanctions pressures eased in response to the January implementation of a multilateral nuclear agreement. With the oil minister in tow, Iran said it was drawing renewed interest from energy companies like French supermajor Total and Italian giant Eni.

While in France, the president was on hand during the signing of a deal with Airbus for the delivery of 118 new aircraft for Iran Air. Auto company Renault, for its part, reaffirmed its commitment to the Iranian market during Rouhani's visit to France.

"With a market amounting to 2 million vehicles by 2020, Iran has undeniable potential," Bernard Cambier, a regional director for Renault, said in a statement.

Iran's president has said the economy needs to reduce its dependency on oil as sanctions relief opens new fiscal doors for Tehran. With a growth target of 8 percent, Iran estimates it needs around $90 billion per year in external financing.

"We project the resulting implementation of investment plans, as well as a recovery in oil production, to contribute to higher gross domestic product growth of 5 percent in 2016-17" Sheth said.