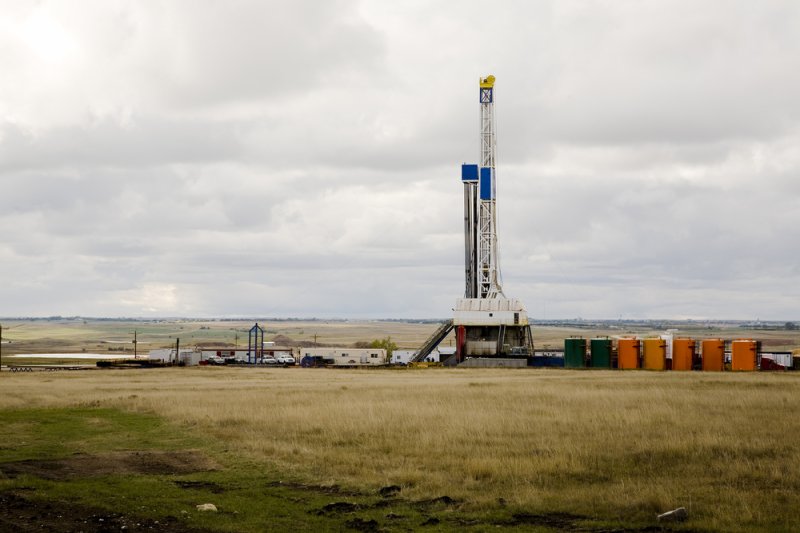 BISMARCK, N.D., Oct. 12 (UPI) -- After a week of strong gains in crude oil prices, data from North Dakota show a level of stability in the level of exploration and production operations.

Data from the North Dakota government show 68 rigs engaged in exploration and production in the state, unchanged from the previous week. Monday's rig count is down 64 percent from this date in 2014.

Lower crude oil prices are nevertheless starving energy companies of the capital needed for investments in exploration and production. Data published last week from oil field services company Baker Hughes show the number of rigs deployed across the United States for the week ending Oct. 9 fell 14, or 1.7 percent, from the previous week. Total U.S. rig counts are down 58 percent from last year.

North Dakota, the No. 2 oil producer in the nation, showed resilience when weighed against other shale-rich states. Texas, the No. 1 oil producer, lost four rigs last year, or 1.2 percent, from the previous week, Baker Hughes data show.

Crude oil production in North Dakota was 1.2 million barrels per day in July, the last full month for which data are available. That's down about 1.6 percent from the all-time high reported in December, when crude oil prices were higher.

The break-even oil price in North Dakota -- a price that includes exploration and production costs -- ranges from as low as $24 per barrel to as high as $85 per barrel.