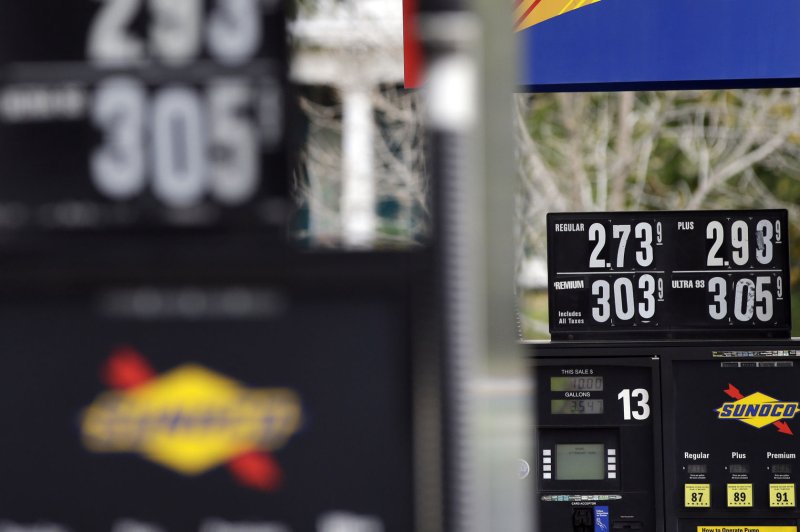 PRINCETON, N.J., Aug. 24 (UPI) -- In large part because of lower gasoline prices, a Gallup poll finds that most Americans surveyed said they're warming to the oil and gas sector.

Pollsters with Gallup asked adult Americans by telephone which industries they supported most. Of the 1,011 people surveyed, 34 percent said they have a positive view of the oil and gas industry.

"That is up 12 percentage points since 2012 and is one point lower than the 15-year high of 35 percent from 2003," Gallup finds. "Ratings have improved as the average price of gas in August has declined more than $1 per gallon since 2012."

Motor club AAA reports a national average retail price for a gallon of regular unleaded gasoline at $2.60 per gallon Monday, down 13 cents from one month ago and 84 cents lower than this date in 2014. The national average had skewed upward because of an outage at BP's refinery in Whiting, Ind., the sixth largest in the nation.

Gallup finds a correlation between gas prices and public perception about the oil and gas industry. In 2008, when the national average price was around $4.09 per gallon, perception of the industry fell to an all-time low of 15 percent.

"Even with the improved ratings in recent years, the oil and gas industry's net rating in 2015 is -13, based on 34 percent positive ratings and 47 percent negative ratings, and oil and gas remains the second-lowest business or industry sector tested," Gallup said. "Eighteen percent of Americans are neutral toward it."

Surveys were conducted Aug. 5-9. Polling results have a sampling error of plus or minus 4 percentage points.