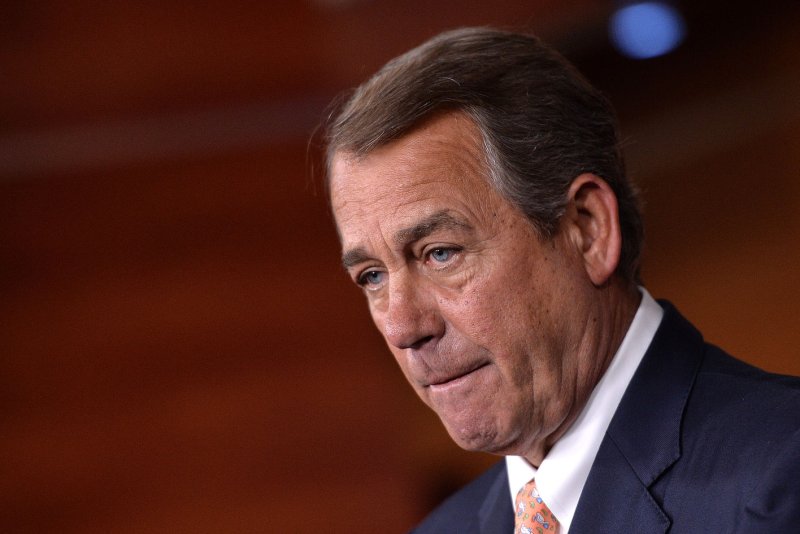 PITTSBURGH, Aug. 24 (UPI) -- U.S. House Speaker John Boehner wrote in a Pennsylvania newspaper the nation's oil sector is headed for a "brick wall" in the form of a crude oil export ban.

"For all its success, this energy boom is currently running into a brick wall in the form of ... federal government policies that date back to the 1970s," Boehner wrote in the (Pittsburgh) News-Tribune-Review.

The ban was enacted after Arab members of the Organization of Petroleum Exporting Countries stopped exporting oil to the United States in response to U.S. policies on Israel.

In early August, the Commerce Department granted a request from Mexican energy company Petroleos Mexicanos, known also as Pemex, to swap as much as 100,000 barrels of U.S. crude oil per day for Mexican refining. The deal forbids the re-export to other nations.

In Pennsylvania, Boehner said the oil sector has supported a wage increase of nearly 79 percent. Supporters of lifting the ban say those benefits could spread nationwide. Meanwhile, overseas leverage would increase if U.S. oil pushed aside supplies sources from adversaries Russia and, eventually, Iran.

"Most Americans don't even know that we have such a ban, but we do, and it costs them every time they fill up their gas tank," the speaker wrote.

Opponents of lifting the ban say it would lead to an increase in hydraulic fracturing, the controversial drilling practice known also as fracking. Those in the refining sector said it could lead to more imports of foreign oil, which could in theory drive up energy prices in the U.S. market.