Fighting has raged in one of Africa's top reserve holders since 2013. 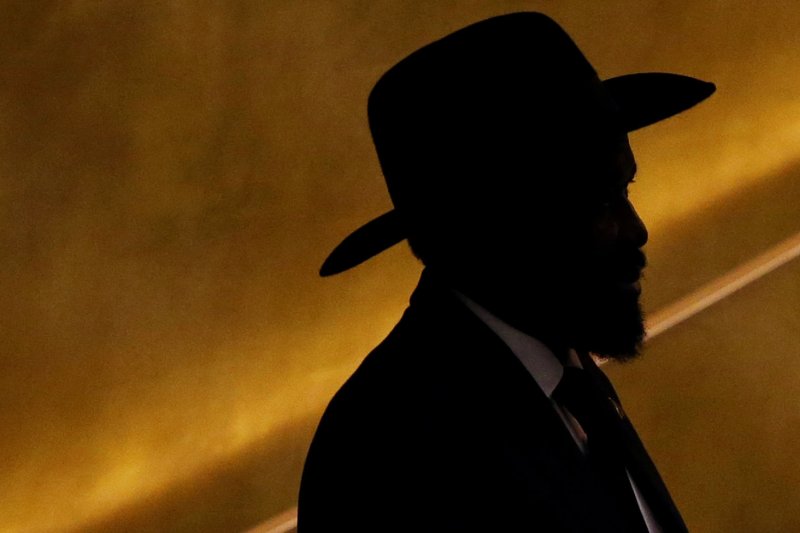 Durability of Salva Kiir, president of South Sudan, may be closely linked to oil production in the war-torn country. File Photo by John Angelillo/UPI | License Photo

JUBA, South Sudan, May 26 (UPI) -- The political unity holding South Sudan together may hinge on battles over oil-producing regions along the country's northern border, an analyst said.

When it gained independence from Sudan in 2011, the landlocked country gained control over much of the oil-producing regions, but Sudan maintained its grip on export infrastructure.

Conflict erupted in South Sudan in 2013 when Salva Kiir, the country's president, accused former Vice President Riek Machar of staging a coup. Rebel forces two years on are waging battle for control over Paloch near the Sudanese border, the only part of South Sudan still producing oil.

"Oil is South Sudan's bread and butter," Luke Patey, a researcher at the Danish Institute for International Studies in Copenhagen, told Bloomberg News. "[It's] vital for President Kiir in maintaining the last fragments of political cohesion."

"The leadership of the [rebel] movement therefore renews strong advice to any remaining oil worker in Paloch to evacuate for safety reasons," he said. "We call on oil companies operating in the area to ensure that their workers are evacuated."

Most of the oil produced from the region comes from fields straddling the poorly defined border separating Sudan from South Sudan. Both countries approached the brink of war in 2012 following disputes regarding oil in the border territory of Heglig.

South Sudan depends heavily on oil as a source of government revenue. Conflict since late 2013 curbed oil production by around a third to 165,000 barrels per day.