WASHINGTON, May 14 (UPI) -- Florida lawmakers introduced a bill to ban early oil and gas work off the state coast, saying an early push for east coast drilling was too risky.

"I was involved in the cleanup efforts following the BP oil spill in the Gulf Coast, and I refuse to sit by while Florida's east coast could potentially be threatened from the devastating effects of offshore drilling," U.S. Rep. Patrick Murphy, D-Fla., said in an emailed statement. "Seismic testing is the first step in the wrong direction."

Seismic testing is used to get a better understanding of the reserve potential in an area under consideration for oil and gas exploration.

The U.S. Interior Department in February released a draft proposal for 2017-22 for access to federal waters. Ten leases are planned for the Gulf of Mexico, three for offshore Alaska and one, a debut, for waters in the Atlantic.

Washington last year opened up Atlantic waters from Virginia to Florida for seismic testing. Murphy was joined by his Republican counterpart, Bill Posey, and five other Florida representatives in tabling legislation that would ban seismic testing off the state coast.

U.S. Rep. Mark Sanford, R-S.C., was joined last month by state and local officials in expressing opposition to permits to conduct seismic testing to get a better understanding of potential oil and gas reserves off the coast of South Carolina.

In March, Murphy helped introduce the Foreign Spill Protection Act, which would ensure any party responsible for an oil spill would cover cleanup costs should contamination reach U.S. territory.

The congressman noted that, in 2012, Mexican regulators said they didn't have effective plans in place to deal with an offshore oil spill. With diplomatic doors opening to Cuba, lawmakers said concerns were evolving as Havana reviews its offshore oil potential.

The U.S. Geological Survey estimated there were about 4.6 billion barrels of crude oil and 9.8 trillion cubic feet of natural gas in the form of undiscovered, technically recoverable, reserves in Cuba. About three quarters of that is said to be located within 50 miles from shore. 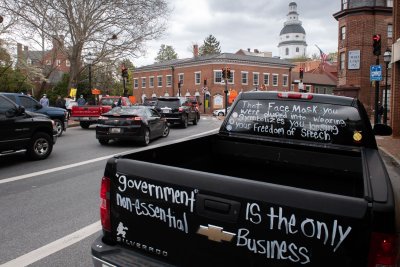