Conflict spillover to oil sector to be problematic for awhile, annual report finds.

LONDON, Feb. 18 (UPI) -- Regional conflicts in the Middle East and North Africa have left a historic amount of oil on the sidelines, an annual report from BP found. Despite an insurgency waged by the group calling itself the Islamic State, oil production in Iraq grew at a faster rate than any country apart from the United States. Analysis from the U.S. Energy Information Administration found total crude oil production in Iraq rose nearly 10 percent from 2013 to average almost 3.4 million barrels per day, which represents about 60 percent of the production growth from members of the Organization of Petroleum Exporting Countries last year.

Iraq may be the standout. An annual report from BP on the status of the global energy sector found conflict in the Middle East in North Africa was putting pressure on the region's overall production potential.

"Since the advent of the Arab Spring in 2011, supply disruptions have once again become a key feature in oil markets, reaching 3 million barrels per day in 2014," the report found. "Libyan production fluctuated throughout the year, civil war limited output from Syria, unrest continued in Nigeria, the Sudans and Yemen, and international sanctions on Iran limited output."

In Libya, rivalries between competing governments and the rise of the Islamic State is leaving an already-diminished production potential in dire straits. U.S. Ambassador to Libya Deborah K. Jones wrote in the Tuesday edition of the Libya Herald the country may go broke if oil continues to get caught in the crossfire.

The focus on the Syrian oil sector has been largely on the black market tied to the revenue stream for the Islamic State. For Nigeria, persistent threats from terror group Boko Haram adds to production woes, while the division of Sudan in 2011 left most of the region's oil sector in the middle of border disputes.

Yemen's government was taken over recently by the Houthi rebel group, while Iran's overall export reach is limited by sanctions imposed in response to its nuclear research ambitions.

BP said in its report total supply disruptions stemming in part from regional conflict was "well above" the historical average.

"Heightened levels of geopolitical risk and uncertainty suggest that supply disruptions may well remain elevated through the medium-term," the report said. 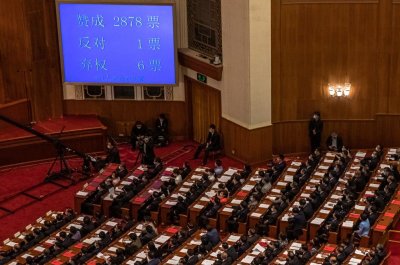